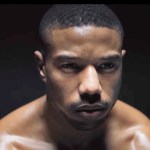 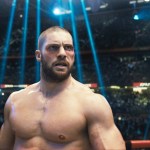 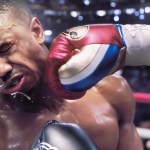 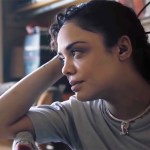 After 33 years, Rocky (Sylvester Stallone) and Drago (Dolph Lundgren) finally reunite on the big screen in ‘Creed II’ — an iconic moment in film history, to say the least. Lundgren explains to us how inspiring it was to reunite with his good friend, Sly!

Drago is back! Hans “Dolph” Lundgren, 61, reprises his now legendary villainous role, Ivan Drago in Creed II — in theaters everywhere, November 21! If you’re a fan of the Rocky films, you’ll know Lundgren starred in Rocky IV, a series favorite to many (including myself). And , to think, this was Lundgren’s second acting gig, ever.

His role as Drago, the quiet, but deadly fighter, catapulted him to stardom back in the ’80s, after being tapped for the film by his now friend of over three decades, Sylvester Stallone, 72. Now, the two legends are reuniting onscreen in Creed II, on opposite sides after Rocky and Drago first met in the ring many moons ago. “It was super special to be back and to be Rocky and Drago again after 33 years,” Lundgren told HollywoodLife.com EXCLUSIVELY while at the red carpet premiere of Creed II in New York. “Because in the ‘Expendables’ we were on the same side,” he explained.

Lundgren went on to praise his co-star and longtime friend, who he says has been and inspiration to all on set of the film. “He’s a friend of mine and he’s a great man and it’s always inspiring to work with him because he’s a clever guy,” Lundgren said. “He always comes up with great advice, not just for me, but for Florian and the whole film. He’s just a great guy.”

Now known for lines like “If he dies, he dies,” and “I must break him,” Drago and Rocky aren’t the ones who will battle it out in the ring this time around. Lundgren even joked with us that he’d have to hit the gym or even travel back in time to even have a shot at getting in the ring with his onscreen son, Viktor Drago, played by Florian Munteanu, 28.

Speaking of Munteanu, he also told us that Creed II will surprise viewers in many ways. He admitted that the Drago family will be seen very differently than in the past. In Rocky IV, Ivan Drago is portrayed as a coldhearted, Russian fighter, who is a monster, only out to kill. However, this film will apparently reveal that there’s more to the story for this storied family.

Creed II will also focus more on incorporating family, romance and music, thanks to the lovely Tessa Thompson, 35, who plays Bianca — the girlfriend-turned-wife of Adonis “Creed” Johnson [Michael B. Jordan], the lead character in the film expansion.

In the sequel, Adonis decides to fight Viktor Drago (Florian Munteanu), the son of Ivan Drago. As seen in the trailer, Adonis struggles to stay present with his family, as his main focus has now been shifted to fighting the man, whose father killed his father, Apollo Creed. There’s much more at stake this time around. And, this is Adonis’ opportunity to honor his father and the Creed legacy he left behind.