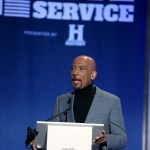 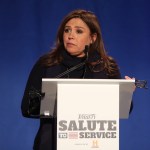 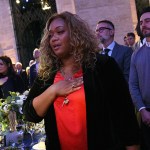 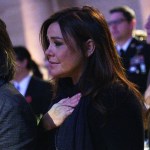 In celebration of Veterans Day & Variety’s Salute To Service event, Montel Williams, Rachael Ray & more talked to HL about the importance of celebrating our troops.

The stars came out to celebrate Variety’s 2nd annual Salute To Service event presented by HISTORY, on Nov. 12th, bringing light to military services and related organizations. Montel Williams, who is a veteran of the U.S. Marine Corps & U.S. Navy, Rachael Ray, Dana Delany, Ken Burns and Bob Woodruff were all honored at the Martha Raddatz-hosted fete and spoke to HollywoodLife.com about why it’s so important to recognize our veterans, on more than just one day a year. “It is really important, especially in a society that does not have a draft, which has an all-volunteer army, that suffers its losses apart and alone from the rest of us, that we have some skin in the game. We at least manufacture some skin in the game by constantly referring to the affairs and the importance of veterans and celebrating their sacrifice,” award-winning documentary filmmaker, Ken Burns, told HollywoodLife.com in an EXCLUSIVE interview. “But, also, it’s not enough to come to a nice place and have a nice lunch and pat ourselves on the back, we actually have to do something to get involved. At the local level to make sure those wounded warriors, not just the physical wounds but the psychological wounds and then in the larger national sense that the veteran’s are taken care of.”

Renowned TV personality, Montel Williams, spoke of his time in the service, when he enlisted right out of high school. “I had a friend of the family who had served and when he came home in that Marine Corps uniform, he was a whole different person than that joker that I knew in school. I was impressed and realized that I needed to do something to change my life. I entered the Marine Corps, enlisted, but then very quickly got an opportunity to go to the Naval Academy and I was commissioned as a Naval officer and served ever since,” he said. Montel added that as a society, we should do more than just say “Thank you for your service,” to our veterans. “People just let it roll off their lips and don’t even wait to hear what the veteran has to say in response. And I think it’s no longer time for sayings. I think it’s time now for action,” he said. “It’s one of the reasons now I’ve just launched a new show called Military Makeover with Montel, and we’re taking deserving veteran families and not only giving them a hand out but a hand up, helping them to get back into life so they can help other veterans. It’s not to recognize that two blocks to the left and right of every home in this country, there’s a veteran who served. So why not walk down the street, knock on the door and say, ‘Can I do something for you just for maybe one day a week?'”

Rachael Ray revealed she was shocked to find out that she was going to be honored at Salute To Service, as she thought she had been invited to present to her friend, Montel! She mimicked her friend’s sentiments, though, when discussing the words of Dan Crenshaw on SNL, when he suggested saying “Never Forget” to a vet, instead of “Thank you for your service.” “Never forget” is what you say to any vet or service person that you are mindful year round, not just on Veteran’s Day, but always,” Rachael told HL in an exclusive interview. “People have paid in a very real way, personally, professionally, and sometimes with their lives, to protect your right to vote, your freedoms and your liberties as an American citizen. That’s what that means, ‘Never forget.'”

Actress Dana Delany is currently “serving” as Colonel Glenn Turnball on CBS’s upcoming show The Code, and received her breakthrough role as a woman in the Army in China Beach in the late 80s and early 90s. “When I was on China Beach, I was in the Army, so now I’m in the Marines, which is definitely different. The Marines will tell you that!” she joked in an exclusive interview with HL. “I’m playing a Judge Advocate which is military law, so I’m learning about the military justice code, which is interesting and how they have their own system that is outside of our own civil law system.” She added that the men and women who serve our country are “are doing something for us that nobody else wants to do. They are preserving our freedom and certainly that’s not easy. As Theodore Roosevelt said, anybody that serves our country deserves a square deal when they return.” We couldn’t agree more.