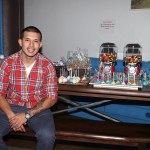 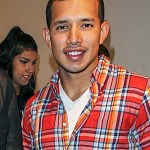 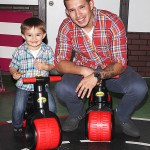 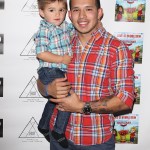 ‘Teen Mom 2’ star Javi Marroquin’s girlfriend and mom to his new baby, Lauren Comeau, gave a tell-all interview on Nov. 20 and denied the rumors that she and Javi had an affair during the time he was still dating ex Briana DeJesus.

Teen Mom 2 star Javi Marroquin, 25, and his girlfriend, Lauren Comeau, 26, sat down for an interview with RadarOnline after welcoming their new son Eli Joseph into the world on Nov. 15 and during the chat, they took the opportunity to deny the rumors that Javi cheated on his ex Briana DeJesus, 24, with Lauren. Their baby was born before the due date of Dec. 1, so when asked if they could set the record straight about some people thinking they had an affair before Javi and Briana broke up in Feb., Lauren admitted that she gave birth early due to a diagnosis of preeclampsia. “I’ll tell you the day I conceived!,” Lauren exclaimed, insisting she didn’t lie about the due date. “March 10. We know the timeline…We know when we conceived. We hadn’t even seen each other in February. There was no possible way of cheating.”

Before Lauren gave birth, Briana took to social media to share a post about the last time she saw Javi, which was Feb. 1, and it’s what added fuel to the cheating rumors. Lauren expressed her frustration about Briana’s claims by explaining that as a mother, she should have compassion for her experience as a new mother. “It’s frustrating,” she said. “You have been a mom twice now. You’ve had crappy pregnancies. You have been dealing with issues. You haven’t had the support with your pregnancies. Why would you wish that on a first-time mom? You have no issues with me. We’e never had any issues. You say you’re completely moved on. Just out of respect for me as a first -time mom, let me enjoy this moment. Don’t take it away from me.”

Before Lauren and Javi got together, Briana and Javi became engaged on Teen Mom 2 but they called it off because Briana wouldn’t move to Delaware to be with Javi. Javi then hooked up with his ex-wife Kailyn Lowry during the split but eventually flew to Florida to reconcile with Briana and be there for her as she was recovering from plastic surgery. After Briana’s family accused Javi of only acting like he cared for her because of the show, they broke up for good and he ended up with Lauren. In the new interview, Lauren also explained that she knew what happened during that time and that wasn’t a problem. Now that the couple has their son, they are ready to move on from the drama. When asked if Briana congratulated them on the arrival of Eli, Javi said she hadn’t.