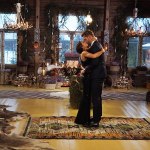 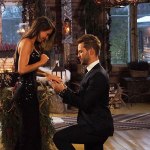 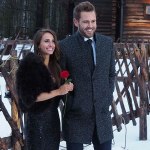 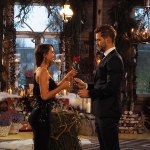 ‘Bachelor’ star Nick Viall can’t believe his ex-fiancee Vanessa Grimaldi has been hanging out with fellow reality star Peter Kraus and their recent pic together has him reminiscing about the past.

The Bachelor star Nick Viall, 38, has moved on from his engagement with Vanessa Grimaldi, 31, but after seeing a pic of her hanging out with The Bachelorette star Peter Kraus, 33, over the weekend, he can’t help but be surprised. “Nick has really moved on from Vanessa but seeing the photo of ex-fiance’ Vanessa that Peter posted did jolt him a bit,” a source EXCLUSIVELY told HollywoodLife. “Though Vanessa and Peter are not dating and are just friends, still to see that took him back a bit. Vanessa ended things with him and it was just another reminder of that.”

The pics that Peter shared were from a paint class he took with Vanessa and other Bachelor star Taylor Nolan, 25, in Seattle. The trio looked like they were having a fun time and in addition to Peter’s posts, Vanessa posted some of her own pics and videos that showed her enjoying other touristy parts in the city with Taylor. From taking a ferry ride to stopping by the famous Pike Place Market, Vanessa definitely took advantage of her time in Seattle.

Nick’s feelings about Vanessa’s recent documented outing are understandable considering how close the two were in the past. They got engaged on their popular show and it lasted for nine months before they called it quits in Aug. 2017. Since then, Nick’s had a pretty successful television career that included competing on Dancing with the Stars and making his acting debut in the 2017 TV movie Christmas Cruise with Vivica A. Fox. He also appeared on some episodes of the soap opera General Hospital in May 2018.