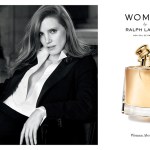 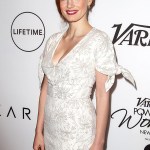 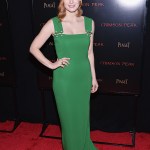 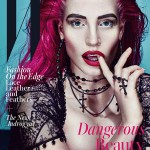 Congratulations are in order, as actress Jessica Chastain and her husband secretly welcomed a baby girl into the world not too long ago, via surrogate. Get all the details here!

It looks like Gabrielle Union isn’t the only celebrity who secretly welcomed a baby into the world, via surrogate — Jessica Chastain did, too, according to Page Six! The 41-year-old actress, who is also a two-time Oscar nominee, is a new mom, the news outlet claims. She actually first sparked baby rumors when she was spotted pushing a baby stroller while walking to the set of her forthcoming new movie Eve in Boston on October 12. And three days after that, her husband, Gian Luca Passi de Preposulo, was pictured carrying a car seat into a hotel with the actress. Furthermore, they were also spotted with the infant walking into a NYC doctor’s office in mid-November. SEE THE PHOTOS HERE.

Jessica and her husband reportedly named their adorably baby girl Giulietta Passi Chastain, Page Six also claims, which we think is simply perfect. Such a beautiful name, right? Jessica and her husband have yet to confirm the news, but HollywoodLife reached out to her rep for comment, and did not receive an immediate response. This would be the first child for both Jessica and her fashion executive husband, who started dating in 2012. They later got married in June 2017 at his family’s estate, Villa Tiepolo Passi, in Italy, during which stars like Anne Hathaway helped them celebrate. (Ugh — why can’t we live a life as romantic as Jessica’s?!)

“He’s a gentleman,” Jessica, who will star in IT: Chapter Two, told W magazine in 2015. “And that’s very important to me. He’s from an old-school Italian family. No one in his family has ever been divorced!” Sounds like a perfect match to us! Congrats to the new parents.