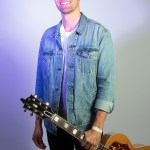 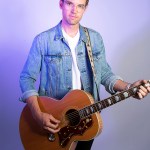 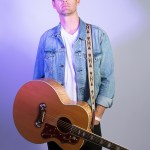 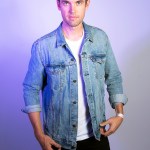 Tyler Hilton is reuniting with his ‘One Tree Hill’ co-stars in the Lifetime movie ‘The Christmas Contract.’ He sat down for HollywoodLife’s podcast to talk the film, a potential ‘OTH’ revival, his music, and more!

Tyler Hilton is having a busy holiday season! He’s starring alongside One Tree Hill co-stars Hilarie Burton, Robert Buckley, Danneel Ackles, and Antwon Tanner in the Lifetime holiday movie The Christmas Contract. The actors won’t be playing their OTH characters in the movie, but this is the best gift for all the OTH fans out there. One Tree Hill ended in 2012, but the cast has remained incredibly close over the years.

Tyler, who played the one and only Chris Keller on OTH, revealed to HollywoodLife EXCLUSIVELY on our podcast that the cast just continues to get “closer and closer” the more they work together. “It’s crazy for us, too. Because I mean, we would be hanging out either way, and the fact that people still like seeing us hang out together is wild,” he said. The cast and show have remained popular because of new fans discovering the show on streaming services. “I think that they’re some of the best actors I’ve ever worked with, so I mean, I think maybe that’s why people dig it? I mean, we have real life chemistry, and we honestly … there’s so much real love there, and familial love there, that maybe that’s something that comes across.” Tyler also admitted that he’s so down for a One Tree Hill revival down the road. “I would do it in a second. I feel like almost everybody in the cast would be so down to do it,” he said.

The Christmas Contract also features a holiday song written by Tyler titled “Don’t Feel Like Christmas.” The song is out now. Tyler explained on our podcast how the song came about: “My wife’s [Megan Park] family is from Canada, and I was spending the holidays with them last year. I’m in this old house they live in, and it’s snowing everywhere, and they have this beautiful old piano. Over the holiday, I had all of this time off, and I was kind of writing different songs, and I started writing this Christmas song, and I thought, ‘Man, I gotta put out a Christmas song one of these days.’ I didn’t finish the lyrics. I got home to L.A., there’s no snow, and I finished the lyrics. It’s called, ‘Don’t Feel Like Christmas.’ And then this movie happened, and the producer was like, ‘Yo, do you have any Christmas songs you can write for this thing?’ I was like, ‘Yeah, bro. I’ve got one right now I could send you.’ So it just worked out perfectly for this movie, so it was cool.”

The Christmas Contract will premiere Nov. 22 at 8 p.m. on Lifetime. Following the movie, Lifetime will air the one-hour ‘Tis The Season: A One Tree Hill Cast Reunion featuring the stars of The Christmas Contract, Stephen Colletti, and more surprise guests. To top it all off, Tyler will be kicking off 2019 with a brand-new album! City on Fire will be released Jan. 18, 2019. You can listen to HollywoodLife’s entire podcast interview with Tyler on iTunes now!