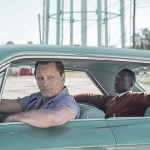 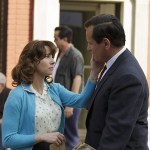 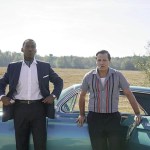 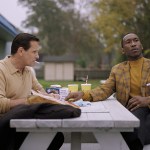 No doubt when director Peter Farrelly started work on ‘Green Book’, he had no idea about how this film about an African-American pianist traveling through the South would feel so relevant today.

Mississippi Republican Senator Cindy Hyde-Smith, who is in a run-off contest for her seat against African-American Democratic representative Mike Espy, recently made a “joke” about a public hanging. “If he invited me to a public handing, I’d be on the front row,” she said on video about a Mississippi rancher she knew. While her comments were met by laughter from her immediate audience at the time, she has deservedly received massive backlash and insisted she was just making “a joke.”

But there is nothing funny about “joking” today about public hangings in the formerly Confederate state of Mississippi, in which 600 people were lynched — the highest number of any state. In the era of Donald Trump‘s presidency, supposedly “taboo” public racism has surged back and if you didn’t realize the extent of the horrors of racism, then Green Book is a powerful reminder.

That’s not to say that Green Book is a heavy, tough watch. It’s not, in the least. It’s actually a comedy-drama — you will find yourself laughing plenty of times. Plus, it’s completely engrossing and entertaining. And fascinating. I loved it, and you will too. And director Peter Farrelly and stars Viggo Mortensen and Mahershala Ali deliver Oscar-worthy performances.

This is a true story set in 1962 America. Brilliant, famed pianist and composer Dr. Don Shirley is about to embark on a two-month concert tour — deliberately through the Deep South and he wisely hires tough guy, club bouncer Frank “Tony Lip” Vallelonga as his driver and bodyguard for the trip.

Talk about an odd couple. Frank has grown up in the Bronx and sounds like it. He has worked in New York City clubs as “security” for years and is known and admired by several of NYC’s mafia families. He’s married to the love of his life, Dolores, and they have two boys.

Don Shirley is a genius — literally — and misfit. Born in Jamaica, gifted as a musician, he was invited to study at the Leningrad Conservatory of Music. He has performed with the London Philharmonic and at the White House. He speaks eight languages fluently. He is as sophisticated and erudite as Frank is tough and street-smart.

But Don Shirley is black, and he is determined to make a statement and travel into the deepest Southern states and perform, despite the risks of harassment or mistreatment that he may face.

And he does face them, even with Frank as his devoted protector. The pair go armed with the infamous (and yes, this was a real-life thing) “Negro Motorist Green Book”, not so affectionately known as “The Green Book.” It’s an essential guide to surviving in the segregated south ruled by Jim Crow laws, which provided for separate “colored” restaurants, hotels, gas stations, washrooms, water fountains and stores. And you can guess how nice they were versus the accommodations for “whites only.”

Even though Frank thinks he’s prepared for the racism that they’re about to encounter, he is stunned and angered by the humiliation that “Doc Shirley” is forced to endure, simply because of the color of his skin. His brilliant performances, his impeccable grooming and style, his diction mean nothing in this this segregated world. And then there are the “sundown towns” — something neither Frank, Doc nor I was aware of before they encountered them. These were towns — many, many in the South — but all over America where black people literally had to vacate after sundown. And this was legal in America in 1962 and yes, for many years after.

Isn’t it ironic that the Green Book has come to theaters just after the Midterm Elections in which the blatant suppression of African-American and other minority voters was on full display. Jim Crow still lives, despite what the Supreme Court thinks.

Viggo Mortensen gives an astounding performance. He’s barely recognizable, having gained over 40 lbs. for the role and with his hair dyed dark. Brilliant casting. Whoever thought that to-die-for Aragorn from Lord of the Rings could play Frank Vallelonga, more than convincingly, was genius.