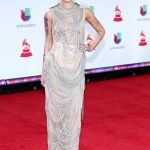 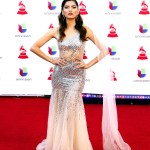 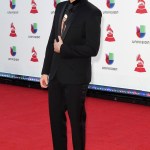 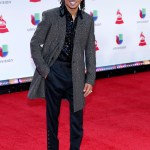 Is it the ’90s? Will Smith took the mic to drop some rhymes once again, but this time in Spanish. Yes, really — watch him perform his hit collaboration ‘Está Rico’ with Marc Anthony and Bad Bunny at the Latin Grammy Awards!

Will Smith’s comeback to rap was done entirely in Spanish! The 51-year-old actor spit bilingual bars on stage to kick off the 2018 Latin Grammys alongside music icons Marc Anthony, 50, and Bad Bunny, 24, on Nov. 15. The trio performed its hit song “Está Rico,” which has claimed the No. 17 spot on Billboard’s Latin Pop Songs chart, and it was quite the live performance. From Will’s stage charisma to Marc’s salsa vocals and Bad Bunny’s trap verses, it was a diverse combination of talents that just worked. The roaring crowd in Las Vegas’s MGM Grand Garden Arena served as testimony to the amazing show!

If you’re wondering what prompted this unlikely crew to collaborate, well, Will and Marc have already been buddies for years! Marc, who’s a Guinness World Record holder for best-selling tropical salsa artist, even gave his Hollywood pal some salsa lessons in March, as seen on Will’s Instagram feed. “Will and I have always wanted to work on a musical collaboration,” Marc revealed in a press release, ahead of their track’s Sept. 28 release. “This song seems perfect for this moment we’re both experiencing creatively. Working with Bad Bunny for the first time has been a great surprise. We all had a magnificent chemistry, and that energy is palpable in both the music and the video.”

It seems like Will’s always trying out something new. In addition to dabbling in Spanish music, the Suicide Squad actor bungee jumped out of a helicopter for his 50th birthday, answering a challenge from the YouTube series Yes Theory. After that, he tried to ski in the desert of the United Arab Emirates, which he posted to his vlog on Nov. 1…yes, really. Can we have Will’s life?

Major stars including Halsey and Diplo enjoyed the “Está Rico” collaboration from their seats at the Latin Grammys! Check out HollywoodLife’s gallery above for the red carpet arrivals, and click through our roundup of the sexiest Latin Grammys dresses of all-time.