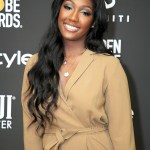 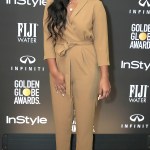 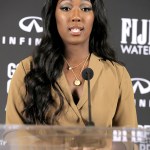 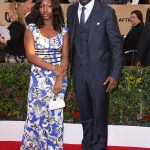 Congrats to Isan Elba! The daughter of Idris Elba is the 2019 Golden Globe Ambassador, & we’re sharing all you need to know about the new title holder!

What an honor! Isan Elba has been named the 2019 Golden Globe Ambassador. The Hollywood Foreign Press Association announced the big news came on Nov. 14, two months ahead of the award show. Isan may only be 16-years-old, but she’s already got a lot going for her! The daughter to Idris Elba has built a following of her own, and boasts 24k Instagram followers. Plus, with her new title, Isan is well on her way to changing the world. In addition to dishing out Golden Globe trophies at the ceremony, the annual title holder works in raising awareness of a charitable cause. As Isan preps for her big night at the Globes, here’s 5 fast facts you should know about her!

1. She’s elated over the opportunity.

Isan is not taking her new title lightly. After the announcement was made, she took to Instagram to share her excitement. “I am so elated to announce that I am this year’s Golden Globe Ambassador! I am so honored that the HFPA has chosen me and I look forward to representing the Globes while also shining a light on mental health among African-Americans and teenagers,” she wrote in her post.

Like father like daughter? In an interview with Variety, Isan revealed that just like her father, she has Hollywood aspirations. However, after seeing him direct “Yardie,” she said she may be more interested in working behind the camera!

No, this isn’t exactly Isan’s first red carpet rodeo. In fact, Isan made her first big red carpet appearance over a decade ago, when she accompanied her dad to the premiere of Tyler Perry’s Daddy’s Little Girls. So sweet!

Sure most fans know that Isan is the daughter of British actor Idris Elba, but he has been in the spotlight more than ever lately, after being named Sexiest Man Alive by People magazine! Isan is also the daughter of Idris’ first wife, Hanne Kim Nørgaard, who is a Danish makeup artist and entrepreneur.

5.  She joins a long and iconic list of past ambassador title holders.