Maybe some magic will help heal the rift between Jenni ‘JWoww’ Farley and Roger Mathews? The estranged couple reunited with their kids at a ‘Trolls’ exhibit in NYC after he said she thought he was gross!

Two months after Jenni “JWoww” Farley, 32, filed for divorce from husband Roger Mathews, 43, the couple took their daughter Meilani, 4, to the Trolls the Experience exhibit in New York City on Nov. 14. The trio posed next to a giant-sized version of the film’s Poppy character, and despite only Meilani looking like she was having fun, Roger assured everyone that he and JWoww were fine. “We’re here as a family today,” he told Us Weekly.

“We’re working on things yeah, absolutely,” he added. “We spent eight years together so…I feel like there’s nothing that’s not fixable in our situation.” This trip into the magical, fun-filled world of Trolls comes after Roger claimed that his estranged wife couldn’t stand to look at him. When Sammi “Sweetheart” Giancola, 31, posted a picture on Nov. 9, Roger chimes in with a bit of an ugly truth bomb. “Fun fact.. my mom took this photo,” Sammi wrote, in which Roger added, “Fun fact. My wife finds me repulsive.” When asked to clarify that comment, Roger said that he’s a “real comedian” and that no one should ever take what he says seriously.

After eight years together – three of which saw them as husband and wife – Jenni split from Roger, citing “irreconcilable differences.” Despite this, a month after filing the papers, she celebrated their three-year wedding anniversary with Roger by taking a carriage ride. The couple also spent Halloween together, and Jenni has since confirmed that they’ll spend Thanksgiving together as a family. 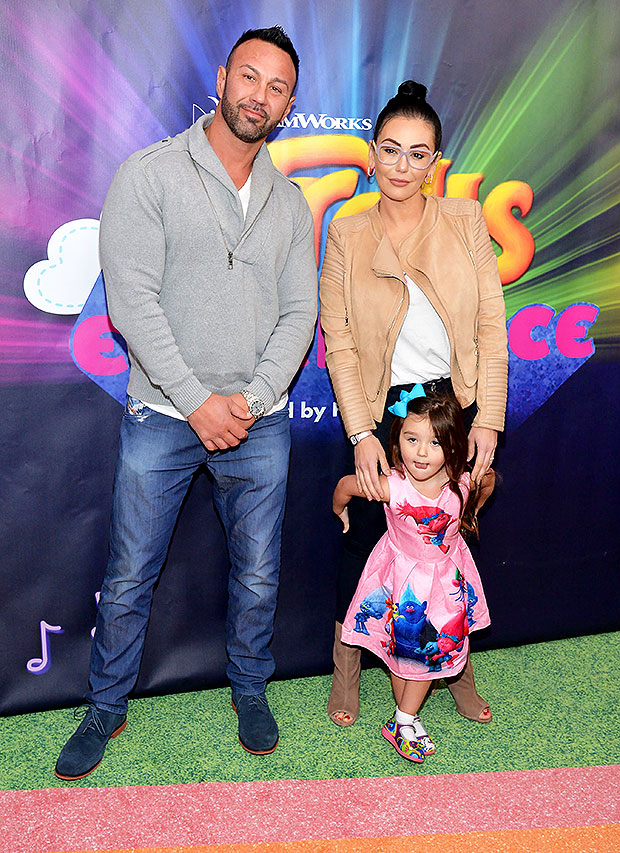 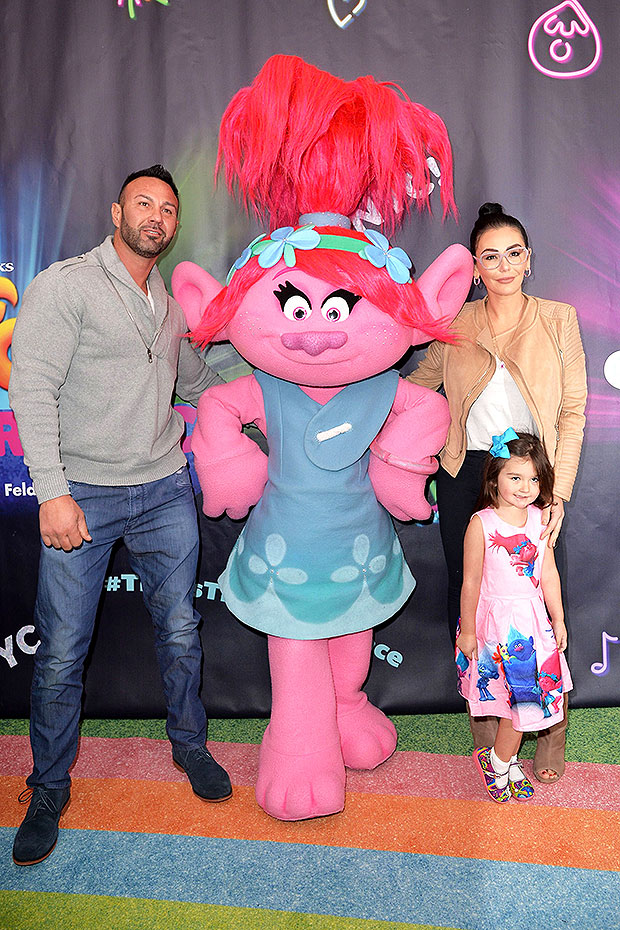 Despite all this time together, and Roger’s assurance that they’re “working on things,” JWoww is over it. “As far as she is concerned, they aren’t getting back together,” a source close to the Jersey Shore star EXCLUSIVELY told HollywoodLife.com. “She’ll continue to put together family functions and it gives Roger hope, but there’s really no chance she will get back together with him.” The insider said that Jenni sees how it’s “really important” for them to “keep the kids’ lives as normal as possible. So, expect more trips like this visit to the Trolls world in the future.