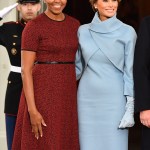 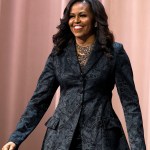 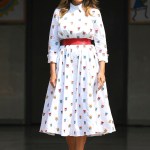 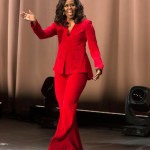 There’s a reason why Melania Trump hasn’t asked for Michelle Obama’s help, HL has EXCLUSIVELY learned! Michelle revealed the FLOTUS didn’t take up her offer for counsel, but there’s more to their lack of communication.

Melania Trump and Michelle Obama’s relationship is professional, although the current first lady would’ve liked to make a confidant out of her predecessor! Michelle revealed she offered her counsel to Melania in her new memoir Becoming, but said that the FLOTUS hasn’t reached out during an interview with ABC News’ Robin Roberts on Nov. 11. We’ve now learned that Melania wished she could’ve taken up the former first lady’s offer! “Melania and Michelle Obama don’t talk, outside of official events when they see each other,” a source close to Melania EXCLUSIVELY tells HollywoodLife. “Michelle did give Melania her number and told her to call if ever she wanted advice on anything, but she never has.” Michelle was just paying forward what Laura Bush did for her — so why does Melania keep this possible friendship silent?

“Melania knows that Donald [Trump] wouldn’t approve of her speaking to Michelle, as he doesn’t trust either of the Obamas,” our source reveals. And the feelings are mutual, as Michelle also wrote in her memoir that she’d “never forgive” Trump for putting her “family’s safety at risk,” after he speculated the authenticity of former President Barack Obama’s birth certificate. But given Donald’s tweeting habits, he’s been much more vocal of his dislike towards the last commander in chief! With Donald’s icy relationship with the Obamas, “there’s no way Melania would go behind his back on such a thing,” our source explains. But that doesn’t mean she’s entirely Team Donald!

“There’s definitely been times when Melania wishes she could reach out, as Michelle is one of the few people in the world who truly understands what it’s like to be the First Lady,” our source reveals. So Melania didn’t intend her silence as a snub! Instead, “she’s just muddled through on her own and dealt with things the best way she can, on her own.” The statement that Donald’s communications director issued after Michelle’s interview confirmed Melania’s isolation. “Mrs. Trump is a strong and independent woman who has been navigating her role as First Lady in her own way,” Stephanie Grisham wrote. “When she needs advice on any issue, she seeks it from her professional team within the White House.”