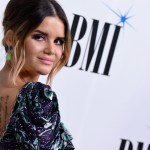 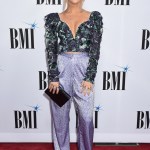 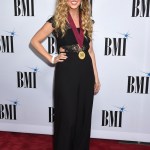 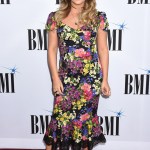 We caught up with CMA Award nominees, Dan + Shay, at the BMI Country Awards and got all the scoop about their upcoming SOLD OUT tour, plans for new music and more!

Dan + Shay are hitting the road in 2019 for an epic headlining tour, and it will give their fans a chance to see them perform songs they haven’t had a chance to sing on the road just yet! “We’re so excited for that tour,” Shay told HollywoodLife EXCLUSIVELY at the BMI Country Awards on Nov. 13. “Obviously it’s several months away, but it’s crazy to have a tour that’s already sold out. It’s a testament to how amazing our fans are, and there’s a lot of excitement already for us to get out there and play the new record. We haven’t gotten to play ALL the songs from the new record yet, so I think people are excited about that. I know we are.”

The guys dropped their self-titled album in June, and have been on the road opening for Rascal Flatts, then Chris Young, ever since. However, 2019 will be their chance to play a full set and let fans hear all those great new songs! Plus, there’s already plans for MORE new tunes. “We’re looking forward to more music,” Shay added. “Dan and I are going to continue to write and make new music for our fans, so we’re looking forward to 2019. It’s going to be a good year!”

Meanwhile, Dan + Shay’s current single, “Speechless,” is quickly climbing up the charts, and has become a popular anthem at fans’ weddings since its release earlier this year. “It’s such a huge compliment when somebody uses our song in their wedding,” Dan gushed. “That’s the biggest moment of their life, and for our music to be part of that, it’s really cool. It’s something they’ll never forget. We had it on our last album with “From The Ground Up,” too, and got to hear a lot of cool stories of people who fell in love with the song and used it in their wedding. So to have it again with “Speechless” is really awesome.”

Dan + Shay’s tour kicks off on Feb. 28 in New Orleans, and lasts through the end of April. It’s safe to say there’s a lot to look forward to from these guys!