People are not happy about Serena Williams’ ‘GQ’ Woman of the Year cover, as the text refers to her as a ‘woman’ in quotation marks. WTF is up with that?!

GQ is being majorly slammed for its representation of Serena Williams on her new Woman of the Year cover. The tennis star is the sole Woman of the Year recipient for 2018, with Michael B. Jordan, Jonah Hill and Henry Golding being awarded with Men of the Year honors. The covers all advertise that it’s the mag’s “Men of the Year” issue, but on Serena’s ‘men’ is crossed out and replaced with WOMAN instead. The problem? “Woman” is written in quotation marks, which many took issue with because it insinuates that Serena isn’t actually a woman.

The magazine has defended its decision to use the quotation marks, explaining that the text was handwritten by designer Virgil Abloh, who has worked with Serena in the past. Virgil often uses quotation marks in his designs, but people are still livid about their placement on the cover. One person even compared Serena’s cover to that of Gal Gadot’s from last year. Needless to say, Gal’s cover does not feature quotation marks around “woman.” Once Serena’s cover was released, Twitter flooded with angry and confused people wondering…”why the quotes?”

The quotation marks are especially troublesome since Serena has opened up about being compared to a man in the past. “i’ve been called man because I appeared outwardly strong,” she wrote on Reddit in 2017. “It has been said that I don’t belong in Women’s sports — that I belong in Men’s — because I look stronger than many other women do. No. I just work hard and I was born with this badass body and proud of it.” 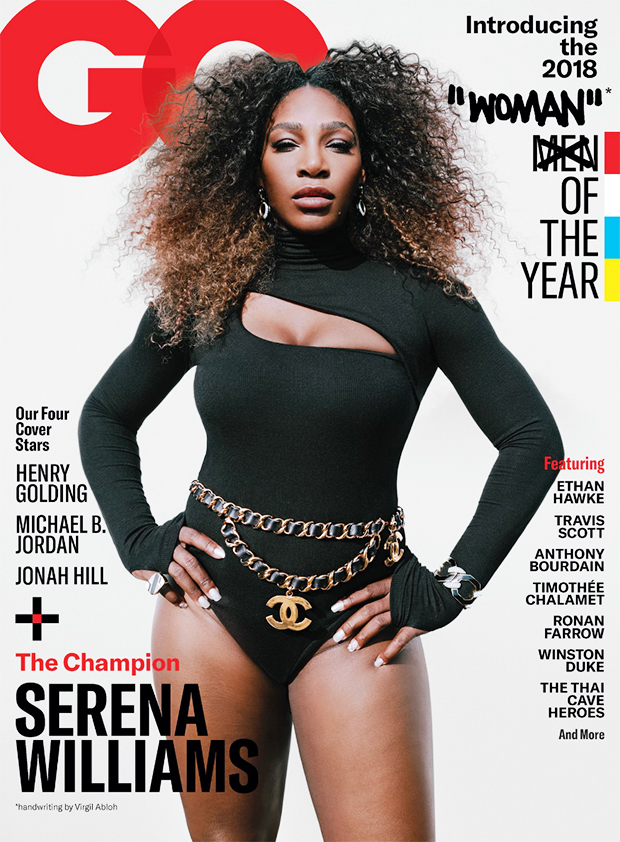 Then, during an interview with Harper’s Bazaar in May, she revealed that people have said in the past that she must have been born male because she’s “strong and muscular.” Serena has yet to comment on the use of quotations on her cover.