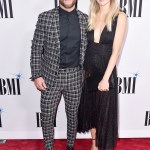 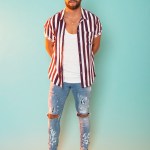 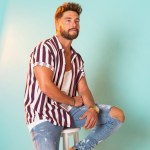 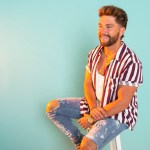 On his latest album, Chris Lane worked with Tori Kelly AND Danielle Bradbery, and he dished to us EXCLUSIVELY about why collaborating with these ‘strong’ women was so important to him!

Chris Lane released his latest album, Laps Around The Sun, over the summer, and two of the record’s most buzzed-about songs, “Take Back Home Girl” and “Without You,” actually happen to be collaborations! The country star worked with Tori Kelly and Danielle Bradbery, respectively, on the tracks, and told HollywoodLife EXCLUSIVELY about why these ladies were such an important addition to the record. “I’m lucky to have two strong, female voices on this album,” Chris admitted. “”Take Back Home Girl” wasn’t originally a duet, but felt with the right vocal, it could really take the song to the next level. Tori was on the top of the list of who I wanted to collaborate with, and when she accepted, she really made the song her own and crushed it.”

He added, “Danielle Bradbery has always been one of my favorite vocalists in Nashville. I’m such a fan of her and she really brought this song to life and gave it a different vibe.” These songs, along with 12 other tracks, make up Laps Around The Sun, although Chris revealed it was “not easy” to narrow down which songs made the record’s final cut. “I wanted my sophomore album to tell a story,” he explained. “I wanted to record songs that people could listen to and put themselves in those stories. I couldn’t be happier with the songs we decided on. There’s a good mix of fun songs, like “Fishin’,” and songs that take more of a serious approach, like “Hero.””

Ahead of the Nov. 14 CMA Awards, Chris is helping launch the new Nashville-inspired menu at Rock Bottom restaurant, which he told us he loves because “it adds some local Nashville flavor with a Rock Bottom twist.” The menu features items like Southern Flyer Hushpuppies and Nashville Hot Chicken. “Their craft beers are brewed on location with local, fresh ingredients that really make it extra special,” Chris added. “Nothing feels more like home to me than good food, good drinks and good times, which is why I was excited to partner with Rock Bottom.”