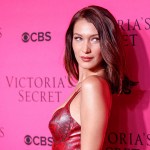 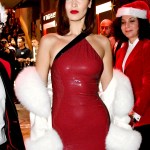 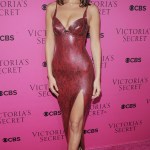 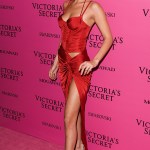 Bella Hadid and The Weeknd’s rekindled relationship has taken a big new leap, as the couple has moved in together. We’ve got details on how it was the perfect next step in their romance.

The Weeknd, 28, and Bella Hadid, 22, didn’t share an apartment during their first go at love between 2015-2016. But now that they’ve reunited this time around their romance is stronger than ever. They’re with each other so much that it just makes sense to live together. “He asked her to move in and she, of course, agreed,” an insider tells Us. “She felt that this was the next best step in their relationship.” Even though they’ve got busy globe-trotting schedules, the couple has made New York City their home base and now it’s literally their home since they’re under one roof together.

“Things are going strong between Bella and The Weeknd, they are happy, in love and in a really great place heading into the holiday season. They had been spending every night together when they are both in NYC so moving in together was the natural next step for them so that’s what they did,” a source close to the Hadid family tells HollywoodLife.com EXCLUSIVELY.
“They also have been apartment hunting in the city for a new place, which is important to Bella. She wants somewhere new that they can both call home rather than her living at his place. But they are definitely getting more serious and Bella is really happy about it all,” our insider continues.
For awhile there it looked like a reunion between these two wasn’t in the cards. They broke up in Nov. of 2016 after 18 months of dating due to busy schedules. The Weeknd — real name Abel Tesfaye — turned right around and started dating Selena Gomez two months later! They lasted 10 months until she left him to rekindle a romance with Justin Bieber in late Oct. of 2017.
Bella remained single during that time and it seemed to take her a a while to try to get over Abel. But he knew she was always the one, and by April of this year they were snuggling at the Coachella Music Fest. By July it was back on, as they were exclusively dating again. The second time around has proved so much sweeter, as Bella and Abel seem more in love than ever.