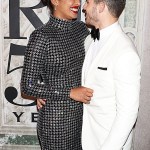 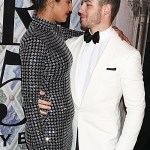 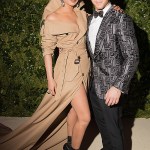 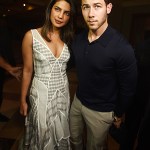 Nick Jonas and Priyanka Chopra may be walking down the aisle soon, but that doesn’t mean Nick isn’t opposed to doing a little lurking on her social media just like the rest of us. After Priyanka posted a picture of herself in her white bachelorette party gown, Nick replied, “I am fully insta stalking you… you are so beautiful.” Check out his comment below!

We reported earlier how Priyanka adorably opened up about how she and Nick first started talking. In a recent interview, Priyanka talked about who made the first attempt to reach out. “I actually didn’t make the first move,” Priyanka told Entertainment Tonight, “He did. He texted me. The first time was a text and just saying, ‘I think we should connect,’ and whatever and that’s how we started talking.”

In another interview, Priyanka also dropped a major hint about when she’d like to start having kids with Nick. “I just have a few of my friends who are having babies right now and I’m like, ‘God I need to catch up!” she admitted in an E! interview. Of course, one of the friends she’s referring to is Meghan Markle, so perhaps after she gives birth we can expect Priyanka to try for a baby with Nick then!

Nothing says I love you like a good insta stalk. #CommentsByCelebs

We’ll keep you posted with all of the latest news surrounding Nick and Priyanka. In the meantime, check out all of their cutest pics together in our gallery above.