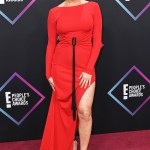 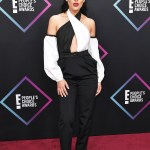 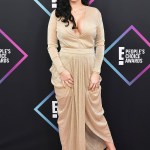 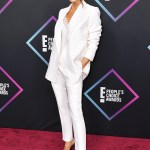 The People’s Choice Awards turned into a double date night for Blake Shelton and Gwen Stefani, and they both raved about how much fun they had on social media afterward!

Blake Shelton and Gwen Stefani were joined by Carson Daly and his wife, Siri Daly, for a double date night at the 2018 People’s Choice Awards on Nov. 11 — and it looked like quite a good time! After the show, Blake posted a selfie of the foursome to Twitter with the caption, “Having a hell of a date night!! Thank y’all so much for voting.” Blake was honored with the Favorite Country Artist award at the show, and he showered Gwen in kisses before taking the stage to accept the honor. Yep, these two ARE still the cutest couple EVER.

Of course, Gwen couldn’t be more proud of her man. She even re-posted the selfie from Blake and added a gushing message of her own! “Best date nite of my life,” Gwen wrote. “@BlakeShelton #congrats on your greatness.” Awww! In another tweet, she continued, “Love these humans #GoodPeople.” Along with Blake’s solo win, The Voice also took home the award for Favorite Competition Show, so it was definitely a great night for this group. Blake and Gwen are never shy about showing off their love at award shows, but they definitely took things to the next level at the PCAs, proving their love is as strong as ever.

This week, season 15 of The Voice goes live for the first time, so Blake will be on-set in LA on Nov. 12 and 13. Meanwhile, the CMA Awards are going down in Nashville on Nov. 14, but Blake is not nominated or slated as a performer, so he is not expected to attend. His ex, Miranda Lambert, will be taking the stage twice — once, with her group Pistol Annies, and once with Jason Aldean to sing their duet, “Drowns The Whiskey.”

Having a hell of a date night!! Thank y’all so much for voting!!!! @peopleschoice pic.twitter.com/9YugbN7Ior

Blake recently announced his plans to head out on tour with some of his closest friends in the industry at the beginning of next year. We can’t wait to catch sightings of Gwen out there on the road with him!