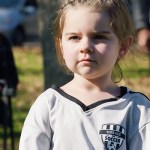 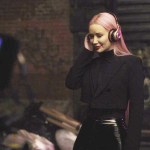 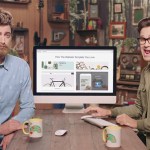 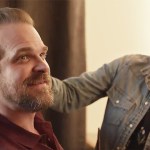 No one puts Mrs. Butterworth in the corner! In one of the funniest ads we’ve seen in a while, KFC‘s Colonel Sanders (played by Craig Fleming here) dances with a life-size, sentient Mrs. Butterworth (which is surprisingly not terrifying) to the tune of “Time Of My Life” from Dirty Dancing. And — you guessed it — the ad, which promotes the fast-food chain’s Kentucky Fried Chicken and Waffles, ends with Sanders lifting Butterworth over his head a la the iconic Patrick Swayze lift! Honestly, it’s a sight to behold, which you can do by checking out the video of the ad below.

Back in January, KFC had another ad that went viral. In this one, Reba McEntire crooned away as the company’s first female Colonel. Trying to maintain her cover, Reba hilarious tried to explain, “I’m Colonel Sanders, the same as always. Absolutely nothing’s changed. Oh, please ignore any likeness to famous country singers. I’m definitely not a woman.” At the time, it was lauded as one of the best KFC ads ever… although this Dirty Dancing-themed commercial might take that prize now.

Another viral ad KFC had was back in 2017 and it featured a Game of Thrones favorite. That’s right, Hodor (played by Kristian Nairn) finds himself overwhelmed by customers who swarm the restaurant like the White Walkers in GoT. And all Kristian can do is repeat his customers order (close enough to Hodor) over and over again, as they want nothing but “chicken and fries.”

We’ll keep you posted with all of the latest KFC ads. In the meantime, check out all of the pics of Colonel Sanders in our gallery above!