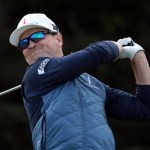 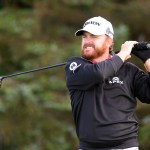 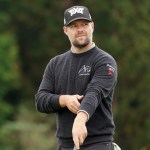 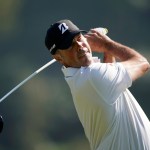 When Zach Johnson’s caddie fell ill during the Mayakoba Classic, he nailed a hole-in-one when it came to a replacement: Sybi Kuchar, wife of golfer Matt Kuchar, stepped in and saved the day!

The couple that golfs together, stays together….right? Something like that happened during the first round of the Mayakoba Classic in Mexico on Nov. 8. Zach Johnson, 42, watched as his cadde, Damon Green, struggled with the 90-degree heat. Damon hadn’t been feeling well for the last few days and received an IV to help out, per the PGA Tour’s website, but it didn’t really help. By the time they finished the front nine holes, Damon had to tap out, leaving Zach in a bind. In came Sybi Kuchar, wife of fellow golfer (and Zach’s friend) Matt Kuchar to save the day!

“So, I didn’t talk too much to Damon but you could tell it was something with heat, fatigue, heat exhaustion, whatever the term is. It was really getting the best of him,” Matt said, per Golf.com. “I knew Sybi was in the crowd, I knew she’d caddied for me before, she’s friendly with Zach Johnson. I figured she’d be a good one to handle Zach and Zach would definitely go easy on her. She knows the deal of keeping up and staying out of the way and so I knew she could handle it, she’d be good to fill in. I knew that Zach would probably be fairly happy to see a friendly face take the bag.”

Perhaps Zach may want to hire Sybi as his new caddie (sorry, Damon.) The change coincided with a shift in Zach’s play. Though they first struggled – he hit his tee ball out of play at hole No. 1 – he “roared to the finish,” making tow birdies and an eagle in his last six holes to hit even par for the day. “It’s funny how when you just have a friendly face around and just go back to playing golf and not worrying so much about making golf too complicated, some good things happen,” Matt said.

Zach Johnson was in need of an emergency caddie at Mayakoba.

Sybi is a fixture on the PGA Tour. She’s and Matt married in 2003 and the couple has two sons together, so she knows her way around a golf course or two. As it so happens, Matt himself reportedly needed an emergency caddie heading into this tournament. He was a late commitment, and his normal caddie was already booked elsewhere. Matt, according to Yahoo! Sports, hired a local caddie to fill the void. It seemed to have worked, as he shared the lead after an opening 64. Maybe next time, he’ll ask Sybi to step in?