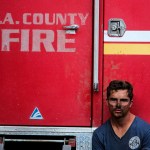 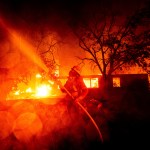 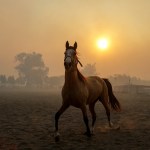 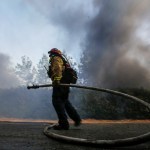 Kylie Jenner was ‘in shock’ upon learning that Caitlyn Jenner’s home possibly burned down on Nov. 9, HL EXCLUSIVELY learned.

UPDATE (Nov. 10 3:17pm ET): Caitlyn’s house is SAFE! Despite an initial report, TMZ is now claiming her house narrowly escaped the flames brought on by one of Souther California’s wildfires on Friday, Nov. 9. See the pics here.

ORIGINAL STORY: Travis Scott’s Astroworld tour pulled Kylie Jenner, 21, away from the Woolsey fire’s path, but even on the East Coast, she’s distressed. The Kylie Cosmetics CEO “feels absolutely heartbroken and devastated after hearing Caitlyn [Jenner] lost her home,” a source close to Kylie EXCLUSIVELY shares with HollywoodLife. As we’ve told you this afternoon, Caitlyn’s home was engulfed in the Woolsey fire’s flames, which TMZ originally reported on Nov. 9. “Kylie has always been super close to Caitlyn and is worried sick about how she’s coping with the tragedy,” our source adds. Even though Kylie’s “so thankful” her dad remains unharmed, she “feels horrible about her losing her home to the fire,” our source explains. The property held a special place in Caitlyn’s heart.

“Kylie knows how much Caitlyn treasured her home in Malibu and doesn’t know what Caitlyn plans on doing next,” our source explains. The I Am Cait star called the gorgeous 3,500 square foot compound, which had a view of Malibu beach, her home since 2015. And Kylie’s grief is deep, as a second source reiterates what our first insider is telling us. “Kylie is so shaken and in shock that the fires burnt down Caitlyn’s house,” a Kardashian insider EXCLUSIVELY tells us. And while we’re hearing again that Kylie’s “grateful” for her parent’s safety, she “feels helpless,” our other insider reveals — she was in Baltimore, Maryland for her baby daddy’s concert on the night of Nov. 8, when her family was evacuated! And here’s the latest update on the rest of the KarJenner clan.

“She has Stormi [Webster] with her and she’s in contact with Caitlyn and the rest of her family and knows everyone’s safe, so she’s counting her blessings,” our insider reveals. “But it’s still a heartbreaking situation and she’s so grateful to all the firefighters and everyone helping.” To thank them, our source tells us she’s “planning to make a big donation” to them, because “she just wants to do something to help.” Given Kylie’s almost one billion dollar net worth, it would be an amazing relief!

As the Woolsey fire also spread to Hidden Hills and Calabasas on Thursday night, Kylie’s property was at risk. “Fire is so close to my house 😥 hoping everyone is staying safe,” the makeup mogul revealed in an Instagram Story on Nov. 9. “I’m hoping for the best. 🤞.” And this brush fire, which has now destroyed “thousands of structures” according to CNN, has affected our other favorite stars on Keeping Up with the Kardashians. Kim Kardashian, 38, Kourtney, 39 and Khloe, 34, all had to evacuate their homes, and we EXCLUSIVELY learned that Kris Jenner’s neighborhood was evacuated on Nov. 8. Kim is especially worried, as she tweeted that the flames “hit” her Hidden Hills property but “now are more contained and have stopped at the moment.” We’re praying for the family’s safety.