Kim Kardashian, 38, was greeted by a horrifying sight as her aircraft flew over Calabasas, California on Nov. 8. The Keeping Up with the Kardashians star filmed the Woolsey fire spreading below her private jet, as seen in a series of videos she posted to her Instagram Story on Thursday night. You can see the screenshots below. “Pray for Calabasas. Just landed home and had 1 hour to pack up & evacuate our home 🙏 I pray everyone is safe,” she captioned one of the videos. As for her other family members’ homes, “Kris [Jenner’s] neighborhood has been evacuated,” a source EXCLUSIVELY tells HollywoodLife. Recall that in 2017, Kris bought a $9.9 million mansion right across Kim and Kanye West’s house in Hidden Hills, the town adjacent to Calabasas! Luckily, Kendall Jenner’s gig at the Victoria’s Secret Fashion Show on Thursday night pulled Kris out of her Los Angeles base. She was safe in New York, but we’re still left concerned for the safety of one other family member in that same neighborhood.

If Rob Kardashian, 31, was home, he would’ve also been forced to flee. Our source tells us that he currently “lives down the street from Kris, but in the same community.” Meanwhile, Rob’s sister Kourtney, 39, definitely left her Calabasas home, as she revealed a car trunk full of suitcases to her Instagram Story! “I pray that everyone is kept safe and protected from these fires. No Calabasas tonight,” she wrote over the photo. She relocated to Kendall’s house in Beverly Hills, as Kourt later shared a picture of her “raiding” the model’s pantry! As for the rest of the clan that have home bases in Calabasas and Hidden Hills — Kylie Jenner, 21, and Khloe Kardashian, 34 — we at least know that Kylie’s definitely safe! She’s supporting her baby daddy Travis Scott, 26, at the first stop of his Astroworld tour, which is in Baltimore, Maryland. Khloe hasn’t updated her Instagram or Twitter since Thursday afternoon — we hope she’s okay!

The Woolsey fire started in Ventura County west of Chatsworth at around 2:25 p.m., according to CBS News 8. As the brush fire burned 2,000 acres with “zero percent containment” by 8:30 p.m. PST, it headed towards Hidden Hills and triggered mandatory evacuations for communities inside the town, the outlet further reported. These mandatory evacuations also applied to all areas “north of the 101 freeway from Valley Circle to Lindero Cyn,” with a voluntary evacuation for the “Calabasas areas south of the 101,” the City of Calabas’ Twitter posted at 9:45 p.m. PST on Nov. 8. 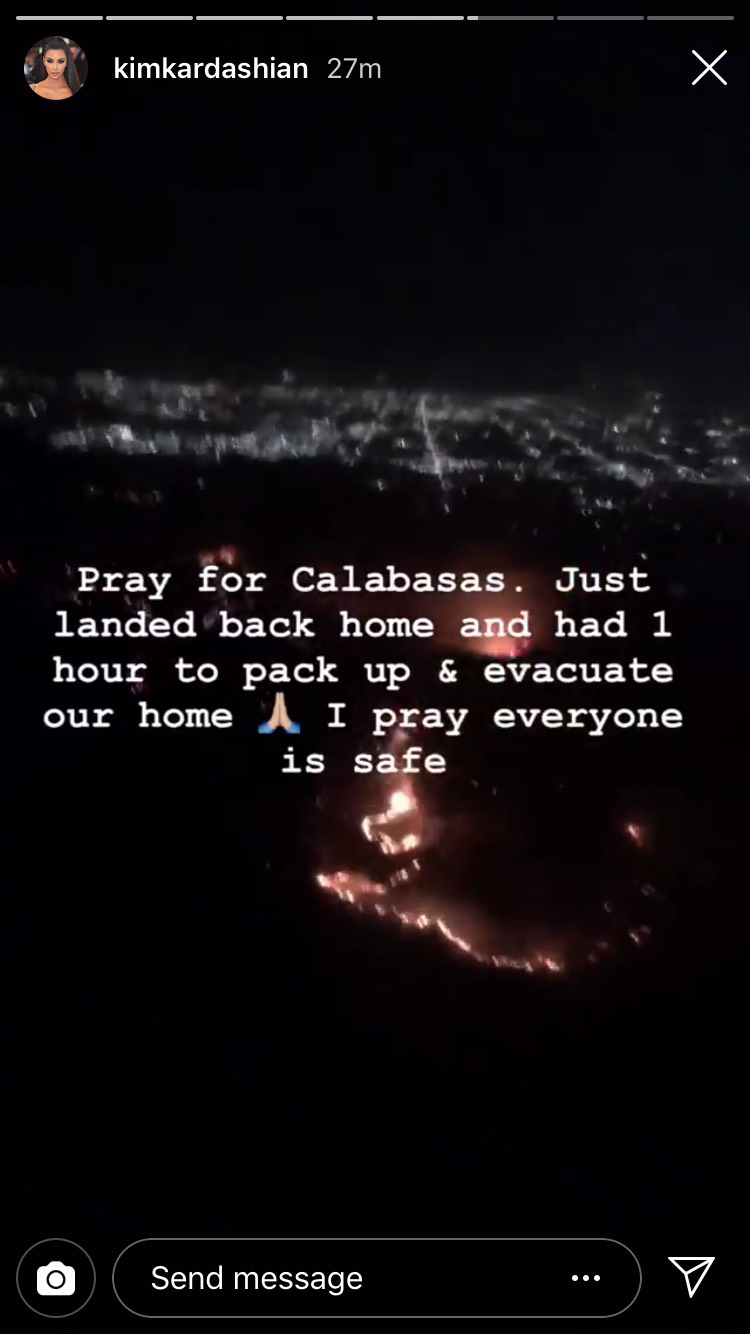 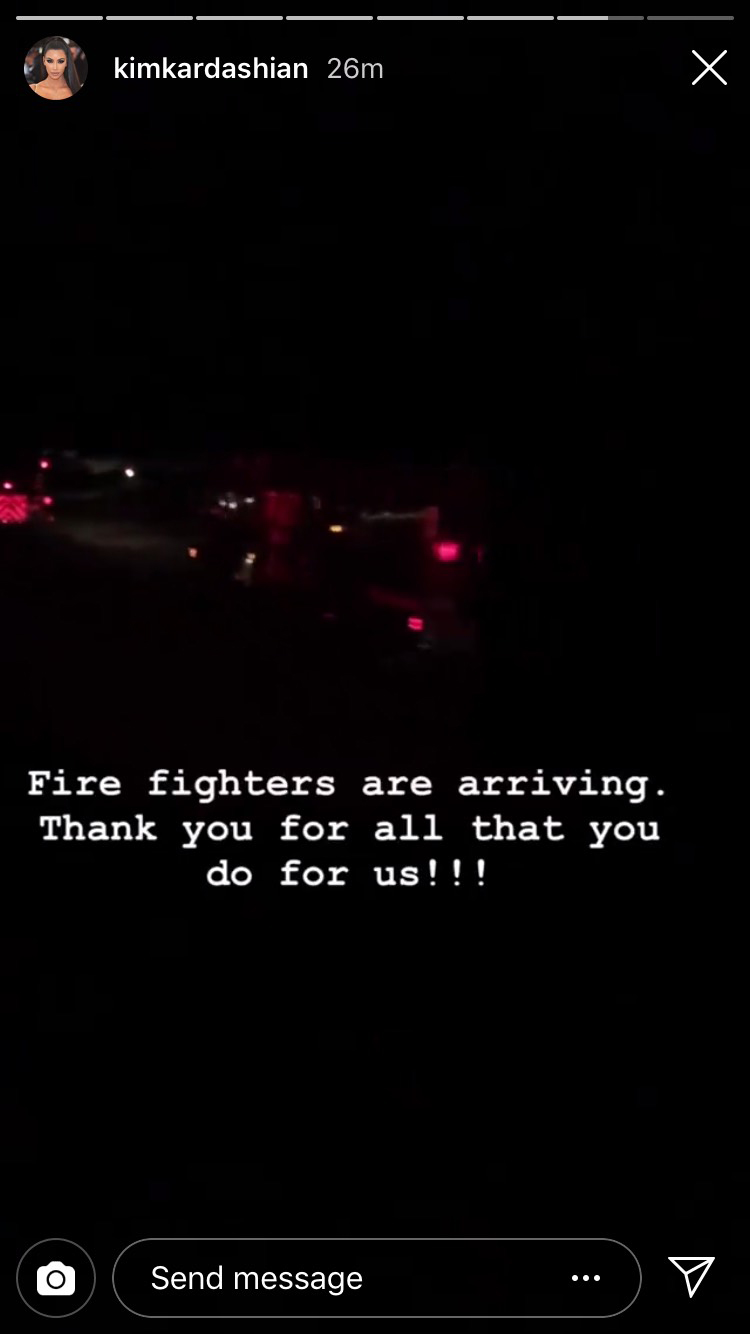 As you can see in the Instagram Story above, Kim later revealed that fire fighters had already arrived at her neighborhood. We’re praying that the KarJenner family stays safe! From the California fires to the horrific shooting in Thousand Oaks, it’s been a traumatic day. We hope everyone gets much needed rest.