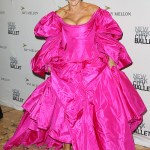 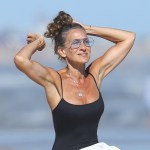 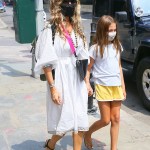 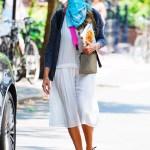 In ‘Here and Now’, Sarah Jessica Parker plays a singer diagnosed with a brain tumor, and director Fabien Constant is now telling us why it was such an important story to tell!

“I feel like not enough people are telling real stories about real women,” Here and Now director Fabien Constant told HollywoodLife EXCLUSIVELY, when we asked why this story about a singer getting diagnosed with a brain tumor was such an important one to tell. “We don’t see enough movies talking about the complexity of women, according to me. And, I’ve always loved … I did a lot of documentaries, and I come from the fashion world and the beauty world. But, I’m also and mostly a movie lover. I watch a lot of things. And, I’m always complaining that sometimes we don’t give great opportunities to women to show how complex and diverse and rich they are. So, that was the target. That was the goal. To do a portrait of a lady in a city, and to embrace how rich and complex the boss can be.”

In this film, Sarah Jessica Parker, 53, plays Vivienne, a very successful New York City singer who receives some heartbreaking news. And once she is told she only has months to live due to a brain tumor, she spends an entire day reflecting on her life as she attempts to make peace with her friends, family and failures. “I used this diagnosis as, not a tool, but as a staff in the story ceiling to put the character against the wall and to be forced to face a reality. And, that’s something we can all relate to. We’ll all have to face this kind of terrible news in our life, more or less terrible, for sure. But, we all have to face difficult times at some point. And, how do we react when those things happen? Or, what would you do in this situation? We’re all different. So, that was interesting to witness that for this lady, and also I guess I hope for the audience to ask themselves, what would I do?”

We’ve seen the movie, so we can tell you that Sarah does a phenomenal job at portraying the emotions one would experience in such a heartbreaking situation, which is also why we weren’t surprised to hear Fabien basically wrote this role with Sarah in mind. He explained, “She was involved since day one. And, it makes sense because talk about a strong woman. Talk about relating to the image of this lady walking the streets of New York City, and what it means for people. But also, the good actress she is, and how in a second she can be something else, and somebody else, and not Carrie Bradshaw and not just this iconic image of Sex and the City that we all love so much. But, she really moved her character somewhere else. And, I hope, I’m sure, I’m confident that people won’t see Carrie Bradshaw in this movie at all, because she delivered something so different and so deep and so real to this character that she was the perfect match with Vivienne. She was really involved. She really wanted this to happen.”

Fabien continued, “I don’t know if this movie should, will or could [win an Oscar]. It’s my first feature. But I do believe we have a very strong performance from a very strong actress. And, an actress who deserves to be seen in all her complexity and not just on the comedy side. And, she’s so good at comedy, that everybody loves to see her doing this. But, it’s a great opportunity for the audience to witness her in something so different. And, she’s so good in it. I was impressed since day one. And I hope people will notice this performance. So, if it leads her to some awards and some nominations, I will be the happiest man in the world. But, honestly it’s not on me to decide. I do believe that she deserves the best recognition for the work she did in this movie, definitely.”

Here and Now is in theaters, on demand and digital on November 9!