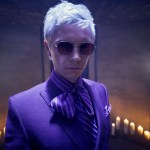 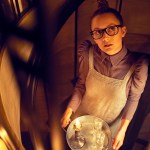 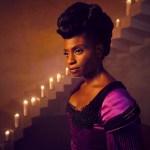 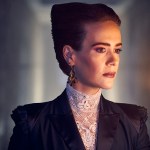 Could we be blessed with another Jessica Lange appearance before ‘AHS: Apocalypse’ ends? Ryan Murphy teased the return of one of Jessica’s other iconic ‘AHS’ characters and more. Plus, could we see Constance again?!

Ryan Murphy has big plans for the American Horror Story: Apocalypse finale. There’s a lot at stake, and it looks like we may be seeing more familiar faces. One day after the penultimate episode of season, Ryan posted an Instagram photo of Jessica Lange, Kathy Bates, and Angela Bassett. “They Know What They Need To Do,” he captioned the photo. Given this season features so many Coven characters, could Fiona Goode, Delphine LaLaurie, and Marie LaVeau return to help out Cordelia Foxx in the battle against Michael Langdon? It’s starting to look that way.

We might be getting a double dose of Jessica Lange, too. In the promo for the highly-anticipated finale, there’s a quick scene where Michael is violently pushing Constance against the wall. Since we all watched the Murder House episode very closely, that scene was not in the episode. Jessica made her triumphant return to American Horror Story in the Murder House episode, and we finally learned what happened to the legendary woman that is (well, was) Constance Langdon.

After realizing just how evil Michael was, Constance killed herself. In the Murder House, no less. Now she’s stuck there forever. From just that one episode alone, Jessica’s performance deserves all of the awards. If Ryan managed to get Jessica back to play Fiona one last time, we would be forever grateful. Fiona has been mentioned a number of times over the course of Apocalypse. She technically died at the end of Coven, but in the AHS world, anyone can be revived. American Horror Story season 8 airs Wednesdays at 10 p.m. on FX.