Khloe Kardashian has her super ripped abs back barely half a year since having baby True. We’ve got the pics where she’s flaunting her tight tummy in a crop top and leggings.

Sizzling! Khloe Kardashian made sure to keep up her workout routines during her pregnancy with daughter True Thompson and the results have sure paid off. Her body snapped back into shape quickly after her baby’s April 12 arrival, and now the reality star has her ripped ab muscles back. The 34-year-old flaunted her fab abs in a series of Instagram story pics on Nov. 8 to promote her new arrivals for her Good American athleisure line. Koko is her own best spokeswoman for her brand, rocking cammo print leggings and a matching crop top.

Khloe even included a boomerang video moving her leg back and forth to show off how easily the workout clothes move. Her Icon crop top retails for $79 while her Core Strength leggings will set fans back $109. But hey, workout wear is meant to be used often so fans can get plenty of use out of the athleisure line. The tight abs that Khloe has are priceless though and only gained through a lot of hard work and sweat.

While sister Kim, 38, was slammed for promoting her perfume line just hours after a deadly mass shooting killed 12 people in the neighboring suburb of Thousand Oaks, Khloe made sure to acknowledge the tragedy after showing off the new additions to Good American. “I cannot understand why people do such disgusting things,” she wrote in an Instagram story that followed her workout wear promotion. It featured a map of California with a heart over where Thousand Oaks is located along with a broken heart emoji. 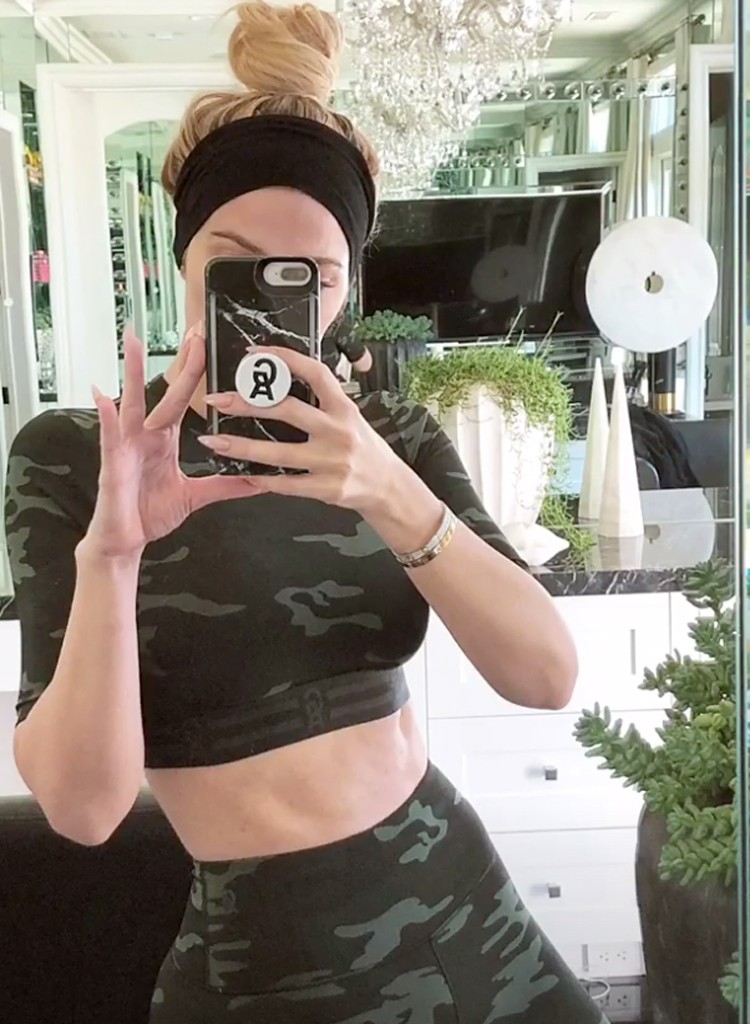 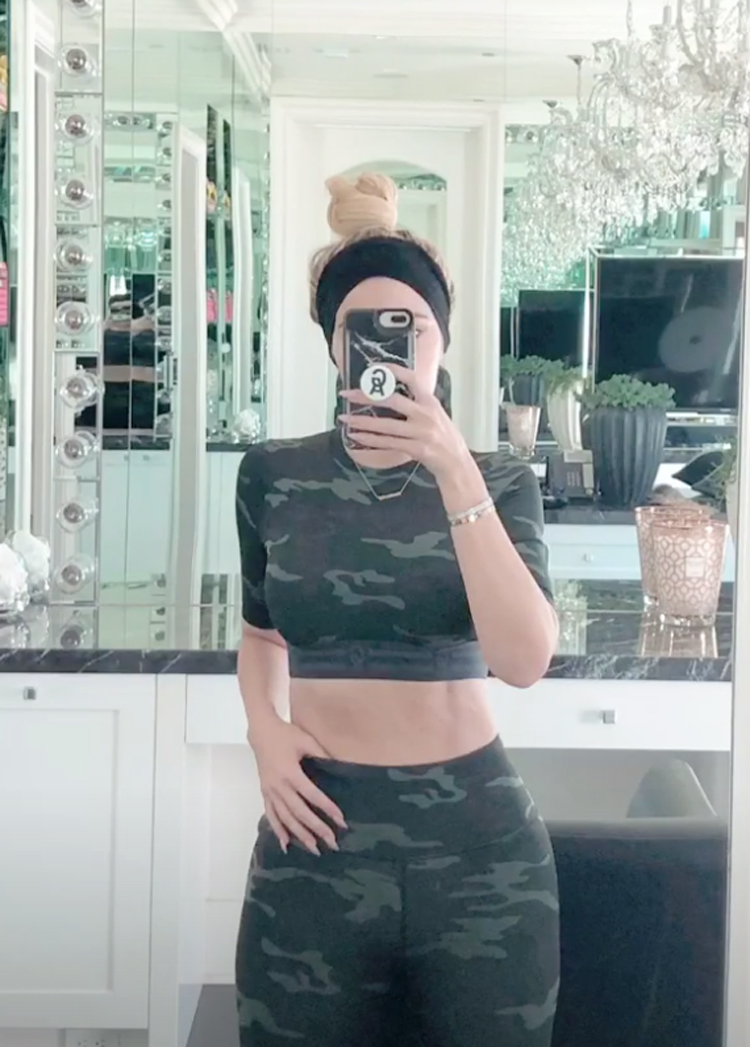 In the following IG story, Khloe added, “One day I would like to turn on the news and hear there’s peace on Earth.” The deadly massacre occurred during College Night at the Borderline Bar and Grill which is just 10 minutes down the freeway from where the Kar-Jenners live in Calabasas. While so many celebs took to social media to mourn the senseless killings, Kim failed to mention the close to home tragedy while announcing her perfumes were heading to Ulta Beauty. She got slammed hard on both Twitter and IG, with fans commenting that she was incredibly insensitive and selfish to be shilling beauty products just hours after so many innocent lives were lost near her home.