Oh boy! Have ‘Jersey Shore’ stars Ronnie Ortiz-Magro and Jen Harley decided to get married despite their ongoing relationship issues? Get the scoop, here!

Jersey Shore stars Ronnie Ortiz-Magro and Jen Harley sparked engagement rumors on Thursday, Nov. 8, when she was spotted walking around Beverly Hills with a massive diamond ring on THAT finger! So are they getting married? Eh, not so fast. Sources close to the couple told The Blast they are “not engaged”. However, given their history, it wouldn’t be surprising if they do get engaged sometime in the near future. Either way, The Blast revealed the ring’s not new. They claim that Jen has worn it before, and she just slipped it onto her ring finger for their trek through Beverly Hills. Perhaps she was hoping rumors would start? If so, she got her wish.

Despite their volatile relationship, HollywoodLife EXCLUSIVELY learned the couple appeared to be very much “in love” while attending Mike “The Situation” Sorrentino‘s wedding in New Jersey on Nov. 1. “You would never have known that Ronnie and Jen were having blowout fights weeks before The Situation’s wedding as they couldn’t have acted more in love at The Situation’s wedding,” our source told us. “Jen was great to be around, finally. It may have been because she had her daughter with her, but she and Ronnie acted very in love the entire time, constantly smiling and holding hands and acting like a family unit! It was adorable to see.” Crazy, right? 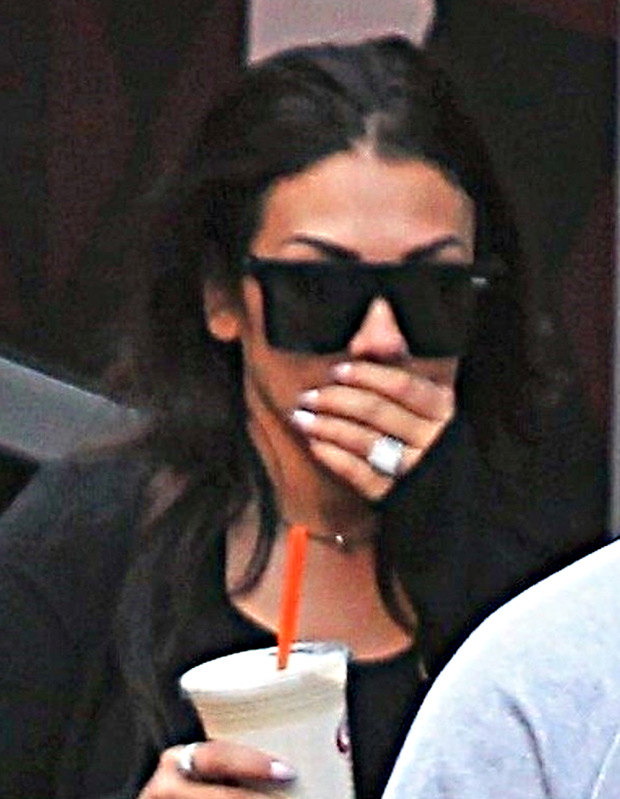 As we’ve told you before, Ronnie and Jen have had their fair share of drama over the last few months. They even got into a heated argument when Jen was trying to get their daughter, Ariana, back from Ronnie. The altercation was so intense that it left Ronnie with a black eye!

If they’re lucky, all that drama will be a thing of the past. Maybe they’ll have a healthier relationship from this point forward and one day, they may even get engaged!