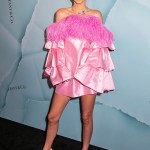 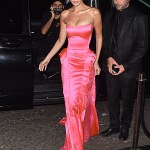 Cardi B and Kim Kardashian are pretty in pink! Both stars stepped out in similar pink dresses on different occasions! But, who wore the sexy ensemble better? — YOU tell us!

There’s no doubt that Cardi B, 26, and Kim Kardashian, 38, are both style stars in their own way. But, what happens when two celebs, as prominent as Cardi and Kim, step out in near identical looks? Well, there’s only one way to settle this — It’s time for a fashion face-off. Check out both looks (pictured below) and tell us in the comments, which star stunned in the sultry look better!

To be fair, Kim was the one who stepped out in the pink look first. She wore a hot pink mini dress with cut-outs on its front at Kylie Jenner‘s 21st birthday party in August. Kim, who showed off major cleavage in the skin-tight dress, wore her hair down, with wet-style waves. And, the dress was the perfect fashion statement to make after she’s worked so hard in the gym.

Meanwhile, Cardi only showed off her pink ensemble on Instagram, November 7. The “Money” rapper posted a two selfies to her Instagram story, dressed in a hot pink two-piece crop top and skirt set. Just like Kim, Cardi showed off ample cleavage, and she wore her hair down and wavy. But, the difference with these two body-con looks is that Kim’s is a dress, and Cardi’s is a two-piece top/skirt set. 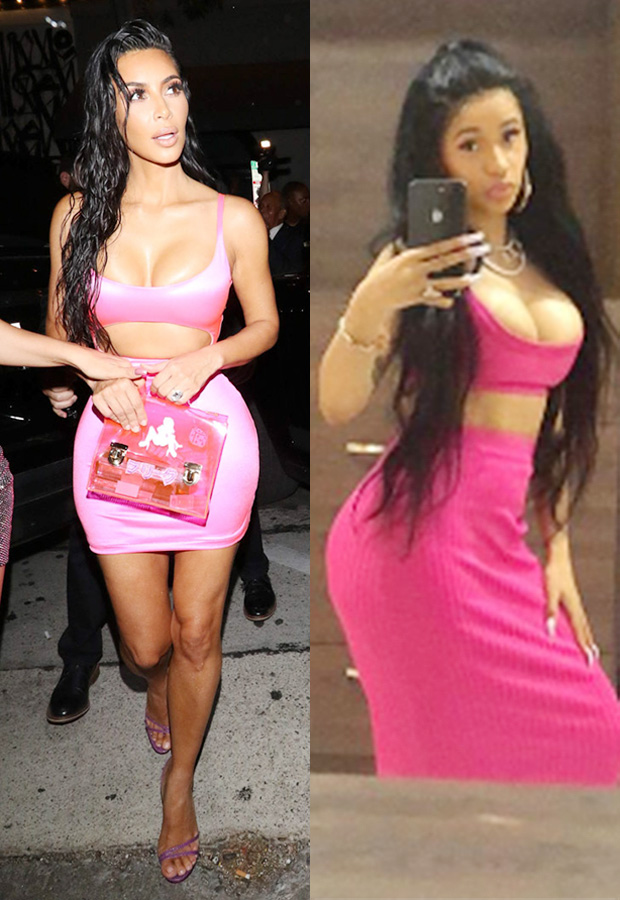 Kim Kardashian and Cardi B step out in similar pink outfits. Kim (left) in a hot pink dress with cutouts in LA in August. Cardi B (right) in a hot pink two-piece crop top and skirt set on Instagram, November 7.

We’re calling on you guys to help us out with this fashion face-off, because we simply can’t decide! — We think both stars look amazing. But, if you had to choose, who takes the crown in the hot pink race? While you’re deciding, take a look through our attached gallery, which features more stunning stars who’ve stepped out in similar looks!