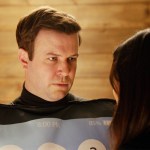 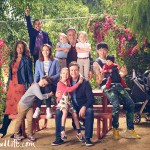 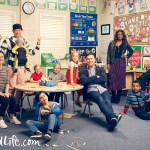 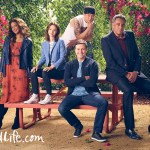 Will’s secret is out! In this EXCLUSIVE preview of the Nov. 7 episode of ‘Single Parents,’ Doug is taking the kids home when he drives right by a romantic moment between Will and Dr. Dewan! Watch now!

Doug (Brad Garrett) calls Will (Taran Killam) to let him know that he’ll be dropping Sophie (Marlow Barkley) off early from the aquarium in this EXCLUSIVE sneak peek of the all-new Single Parents. That makes Will pause what he’s doing immediately. “Can’t you drop off Graham first?” Will asks. Doug says he always drops off in alphabetical order. “Well, you can’t drop off Sophie yet because I haven’t had time to water the plants, and I can’t water the plants when Sophie’s here,” a very anxious Will says. “So… figure it out.” That’s not the best excuse, Will!

Why is Will so nervous about Sophie getting home early? It’s because he’s in bed with Dr. Dewan (Hannah Simone)! When Dr. Dewan finds out that Sophie’s coming home, she’s ready to bolt. While she seems good with kids, it’s only “when they’re sick and the power dynamic is clear.” Doug does not believe Will’s excuse whatsoever. He decides to follow through and take Sophie home first.

When Doug drives by, he catches Will and Dr. Dewan kissing in the yard. Will is caught by surprise — to say the least — when he sees Doug watching him. “Change of plans,” Doug tells the kids. “I’m now dropping off in order of projected career earnings. Graham, since you’re the only future white male in the car, you’ll be first. Sorry everyone else, the world is an unfair place.” Single Parents airs Wednesdays at 9:30 p.m. on ABC.