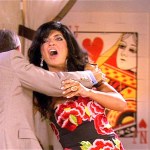 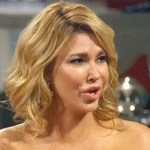 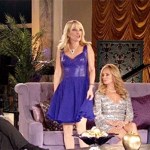 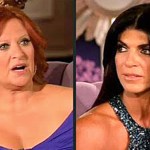 ‘RHOD’ fans are bracing themselves for tonight’s big showdown between LeeAnne Locken and D’Andra Simmons. LeeAnne tells us EXCLUSIVELY what’s behind their big pushing match.

The Nov. 7 Real Housewives of Dallas episode promises to be a doozy, as while the ladies are still in Copenhagen, Denmark, LeeAnne Locken tries to diffuse a shouting match between D’Andra Simmons and Kameron Westcott when D’Andra makes things physical, shoving LeeAnne and screaming at her. LeeAnne tells HollywoodLife.com in an EXCLUSIVE interview what was behind the fight that viewers won’t be seeing. “I specifically tried to tell D’Andra. When we got up from dinner I talked to D’Andra and I said, ‘D’Andra, calm down. You can express yourself without getting angry or turning up your volume,’ and she just wasn’t having it and she kept insulting me,” she reveals.

“If you just had the balls to be yourself you would own the truth but you can’t because you’re so used to mommy taking care of everything. So I was like, ‘Forget it, I’m done.’ I walked in my room to check on Kam which happened to be my room, but was that good enough? No. She (D’Andra) had to follow me in and keep the fight going and the thing was she was yelling at Kam and Kam was saying something that was correct and D’Andra was denying it and I just simply said, “No, you did. Kam’s right!” and she lost it!” the 51-year-old continues.

“She turned around and screamed in my face to shut the eff up three times and then started pointing at me and when I knocked her finger away from my face she pushed my shoulder and that was it. Physical contact should not be allowed on Housewives and there’s a good reason for it. You should never assault someone — A domestic violence survivor or a childhood sexual abuse survivor,” LeeAnne explains.

“I have massive PTSD, so basically her pushing me put me into complete PTSD mood. I was willing and committed to pummeling her and that’s just the truth because your amygdala tells you kill what’s in front of you or be killed. It’s a survival part of your brain. So for me, I’m just defending myself. This person physically attacked me,” she confesses.

Fortunately co-star Cary Deuber put her hands on LeeAnne’s shoulders as she was about to come to serious blows with D’Andra and thankfully that helped calm her down. “By Cary touching me, she brought me back out of it, thank God. I was like, this isn’t worth it. She’s not worth it. I did the right thing and I walked downstairs. The biggest issue I have with tonight’s episode is if I had pushed Brandi (Redmond) or stuck my finger in Brandi or D’Andra’s face, sh*t would’ve hit the fan. I would’ve been called dangerous. Why is it that not a freaking soul is going to talk about what D’Andra did? The physical attack that she did tonight, not a single person is going to talk about and I just don’t think that’s fair,” LeeAnne adds.

Fortunately security didn’t need to step in. “The second Cary touched me, the blood started flowing to the rest of my brain and I thought, ‘You know what? This isn’t where I want to be or who I want to be,’ and I just stopped myself. I’m better than this. To be honest, I didn’t remember saying that,” she reveals.

LeeAnne was so traumatized she barely remembered the incident. “Everything that happened that night is a complete blackout to me. I don’t remember any of those conversations. I didn’t remember anything until the next morning. I was like, ‘She pushed me! She put her hands on my chest!’ She was the one pushing me but I’m the one — She said in her confesisonal, “I can’t believe LeeAnne almost hit me,’ and I’m like, ‘You wanted me to hit you! You were asking for it! You hit me first!’ You think I’m just supposed to be your punching bag?” she tells us.

LeeAnne reveals that what RHOD viewers might not see is that she claims Brandi tried to egg on the fight. “Brandi leaned up onto the rail and was like, ‘Come back up’ and Cary was like, ‘No, Brandi be quiet, that’s not a good idea.’ You see how bad Brandi wants someone to fight. She wants someone to push me. Everybody wants to trigger what’s not good in me. I’m not denying that there’s not bad in me. There is bad in me and I’m working so hard at being a better person, but when your friend can’t respect that and all they want to do is trigger the bad then you have to be away from those people and that’s how I felt in Copenhagen,” she says. Wow! So much drama.