Jon Gosselin got to bring son Collin home from his special needs school for a loving weekend recently. We’ve got details on why the ex reality star is confident he’ll be able to win custody of the teen and have his son live with him full-time.

Jon Gosselin wants custody of his 14-year-old son Collin and is prepared to fight ex-wife Kate in court. The teenager had been sent away to a special needs school by his 43-year-old mother after she alleged he had behavioral issues. After the teen had a recent weekend visit home with his dad and sister Hannah, the 41-year-old father of eight wants his son with him full-time. “Jon has been visiting Collin consistently at his live in school, he’s been incredibly dedicated to his son,” a source close to the formerJon and Kate Plus 8 star reveals.

“His efforts have paid off because when Collin was home for his weekend visit there was clearly a very strong bond between father and son. Jon, Collin and Hannah make a great little family unit. Hannah has been thriving under Jon’s care this past year so that has given him extra confidence that he will win this custody bid,” our insider continues. Jon shared an adorable yet rare photo of the three of them on Instagram on Nov. 4, captioning the pic along with his two teens “Had a good weekend visit with Collin at home!”

Hannah is one of Collin’s fellow sextuplets and has been living with Jon since last spring. He posted a photo of her heading off to her first day of school on Aug. 27 with the gushing caption: “Congrats Hannah on your first day of school, proud of you. I admire your bravery starting fresh!!! I Love you very much and we have worked really hard to get here. Dedication has really paid off. I’m so happy you integrated yourself into the community, you made friends all summer and now you will grow and graduate with them. I’m honored to be your father!!! Love you, D.” She is attending school away from four of her sextuplet siblings that still live with Kate. 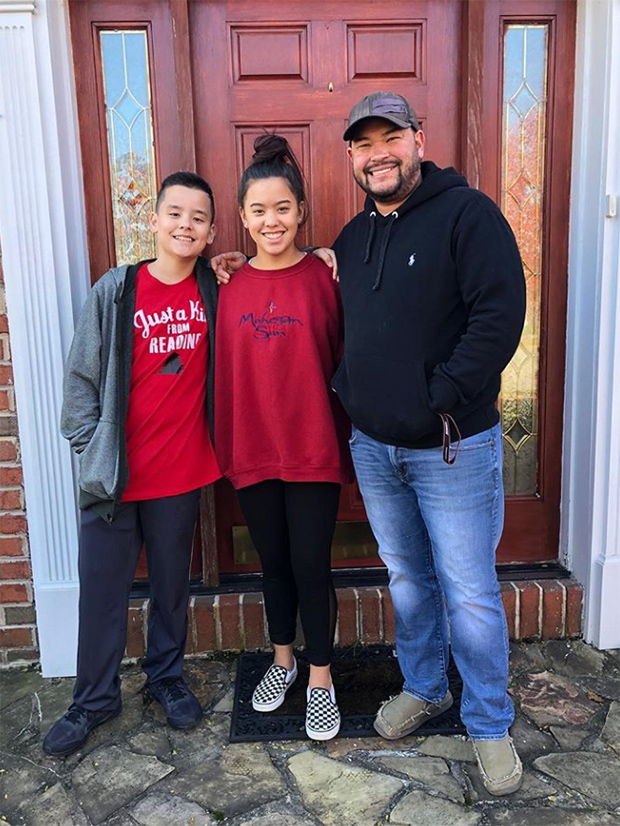 Jon’s attorney filed custody paperwork in a Pennsylvania court on October 24 claiming that it was in Collin’s “best interest” to live with his dad at his Pennsylvania home. Kate claimed in 2010 that Collin was suffering from behavioral issues and in 2016 defended her decision to send him to a special school for treatment. “It was not even really a choice. It was on the advice of his doctors and it had to happen,” she revealed on Good Morning America. Jon was furious and ever since has been visiting Collin every chance he can get. Now the results are paying off as he might be able to finally bring his son home to live with him full-time.