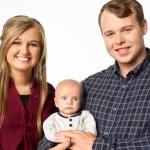 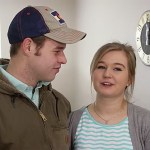 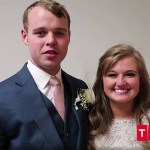 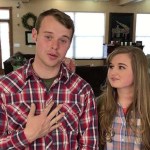 We haven’t seen this little one since the day he was born! But Joe and Kendra’s son Garrett is growing up into such a sweet baby boy, and we’ve got the pic to prove it. Take a look!

Joe Duggar, 23, and Kendra Caldwell, 20, may have let their first pregnancy play out on camera, but they’ve been keeping their son Garrett on the down low ever since his June birth. But thanks to Jinger Duggar, 24, fans are finally getting a look at the little one — and he’s adorable! In a photo on her Instagram captioned, “A roundtable discussion,” a bunch of Duggar family members smiled for the camera around a huge table. Counting On stars like Joy-Anna Duggar, 21, Austin Forsyth, 24, Ben Seewald, 23, were featured, but it was Joe and Kendra’s baby boy who stole the show! Swaddled in a blanket with a binky in his mouth, bald little Garrett was looking away from the camera calmly. This shot of him held to his mom’s chest is only a little glimpse, but it’s clear he’s cute. We just can’t tell which parent he looks more like.

But we’ll take what we can get! The last time fans got a look at Garrett was when Kendra and Joe welcomed him to the fam. While Counting On fans were able to watch the new mom’s 13-hour labor three months later on the TLC show, that was the end of that. Jinger and her husband Jeremy Vuolo, 31, may post about their newborn daughter nonstop on Instagram — even when they get mom-shamed and bashed for cultural appropriation — but Joe and Kendra don’t have any social media presence. Garrett is growing up away from the camera, so it’s great to get a peek at the adorable tyke!

This five-month-old wasn’t the only baby featured in the family shot, though. Jill Dillard, 27, was on the other side of the table holding her youngest son Samuel, 1, although her husband Derick Dillard, 29, was noticeably missing. Recall he was cut from the reality show after making transphobic comments on Twitter about Jazz Jennings. 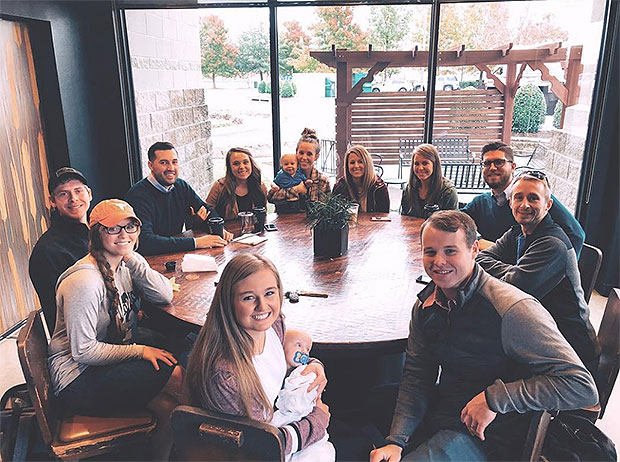 Jessa Duggar, 26, was also missing from the shot even though her husband was present at the table. This has caused quite the controversy, leaving fans to wonder whether she took the picture herself — or if she’s hiding a baby bump. Is her third little one on the way? Hmmm…

Whatever the case, we hope this sweet shot of Garrett is just the start and will get the ball rolling for more. We love following along with Joe and Kendra on Counting On, but there are a lot of months between seasons.