UPDATE: Shaniece Hairston’s mother Evelyn Lozada has reached out to HollywoodLife.com and provided the following statement, denying this report. “It’s false. They don’t even know each other,” Lozada told us EXCLUSIVELY. “Shaniece was at Diddy’s party, [but] with her friend Aisha, not Usher.”

Below is a photo that’s been released of Shaniece inside a car with Usher and her friend. However, Lozada tells us there is nothing more to this photo than Usher and Shaniece sharing a vehicle to go to Puff’s after party. “Towards the end of the night when it was time to take the party to the after party, everybody was leaving at the same time. Shaniece knows Puffy’s son, they’ve been friends since they’re kids.”

“Everybody left the party and people jumped in each others cars and went to the after party at Puff’s. Everyone was just hanging out. Shaniece doesn’t even know Usher. Everybody went their separate ways after,” Lozada explained of the photo. So, nothing to see here, folks! 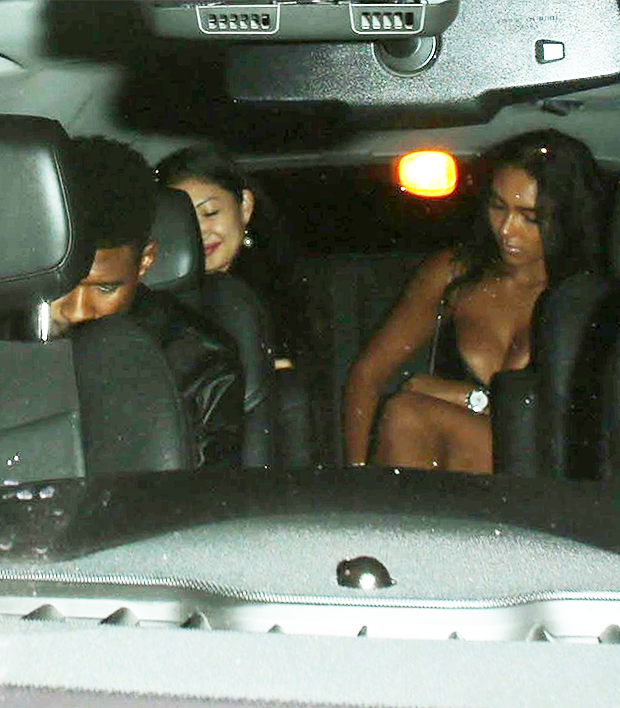 Usher, Shaniece Hairston and a friend head to Diddy’s birthday after party on November 4, 2018.

ORIGINAL: Usher, 40, may have found himself a new boo… a new, much younger boo! The singer hit up Diddy‘s 49th birthday bash on November 4, and he wasn’t alone. Usher arrived with Shaniece Hairston, 25, and left the party with the reality star, according to Page Six! “They came together and left together,” a source revealed. As for what went down inside the star-studded party and after still remains a mystery. But, it looks like there may be a new couple brewing in Hollywood!

Hairston is the daughter reality star, Evelyn Lozada, 42, who was one of the five main cast members on VH1’s Basketball Wives. Shaniece also appeared in the show. The mother-daughter duo also appeared in Livin’ Lozada, an OWN reality show, in 2015 and 2016. The two are super close, and are apparently part of many celeb inner circles.

Let us remind you, Usher and Shaniece have yet to address the romance rumors. However, it doesn’t seem unlikely since Usher’s back on the market. The singer and his now ex-wife, Grace Miguel, 48, split earlier this year after being together for nearly a decade and married for two years. Usher and Grace announced their separation on March 6.

“After much thought and consideration we have mutually decided to separate as a couple,” the couple said in a statement at the time. “We remain deeply connected, loving friends who will continue supporting each other through the next phases of our lives. The enormous amount of love and respect that we have for each other will only increase as we move forward.”

Prior to his marriage to Grace, Usher was married to Tameka Foster. They divorced in 2009 and have two sons together, Usher Raymond V, 10, and Naviyd Ely, 9. Grace has a daughter from her prior relationship, Leaf Miguel.