Uh-oh. Somebody just made Santa’s naughty list. ‘Big Brother’ alum Christmas Abbott was busted in Florida and charged with one felonious count of ‘criminal mischief!’

Does this mean that goofing off could get you slapped with hard time? Christmas Abbott, 36, a contestant on season 19 of Big Brother in 2017, was arrested in Tampa, Florida on Nov. 6, the Hillsborough County Sheriff’s Office confirms to Us Weekly. She reportedly turned herself in to authorities just before 2 PM ET, and was released on her own recognizance less than an hour later. Despite the bizarre charge of “criminal mischief,” a felony, she never saw the inside of a jail cell.

As to what prompted this arrest, it’s supposedly all over a man. Christmas allegedly drove to a Tampa gym to confront her baby daddy’s side chick, according to a police report obtained by TMZ. She supposedly threw a coffee cup and caused a scene during this confrontation, and that she allegedly rammed into the woman’s car in the parking lot. Christmas, per the report, called the other woman a “pathetic home wrecking little s***,” among other insults.

“This incident was during a very stressful and difficult time amplified by unexpected challenges and pregnancy,” a rep for Ms. Abbott tells HollywoodLife.com. “Christmas is being proactive in her responsibility to getting this matter resolved and moving forward with her life. She is and has been, solely focused on time with her son and recovering from a difficult pregnancy and delivery.”

“A person commits the offense of criminal mischief if he or she willfully and maliciously injures or damages by any means any real or personal property belonging to another, including, but not limited to, the placement of graffiti thereon or other acts of vandalism thereto,” according to the Official Internet Site of the Florida Legislature. “If the damage is $1,000 or greater, or if there is interruption or impairment of a business operation or public communication, transportation, supply of water, gas or power, or other public service which costs $1,000 or more in labor and supplies to restore, it is a felony of the third degree.”

Christmas finished third on season 19 of Big Brother in 2017. She was once romantically connected with Benjamin Bunn, and the two share a child together, Loyal Atticus. Benjamin told Us Weekly in October that they are no longer together “and haven’t been [together] since December. … Unfortunately, I had very little contact with Christmas in the last few months of her pregnancy. 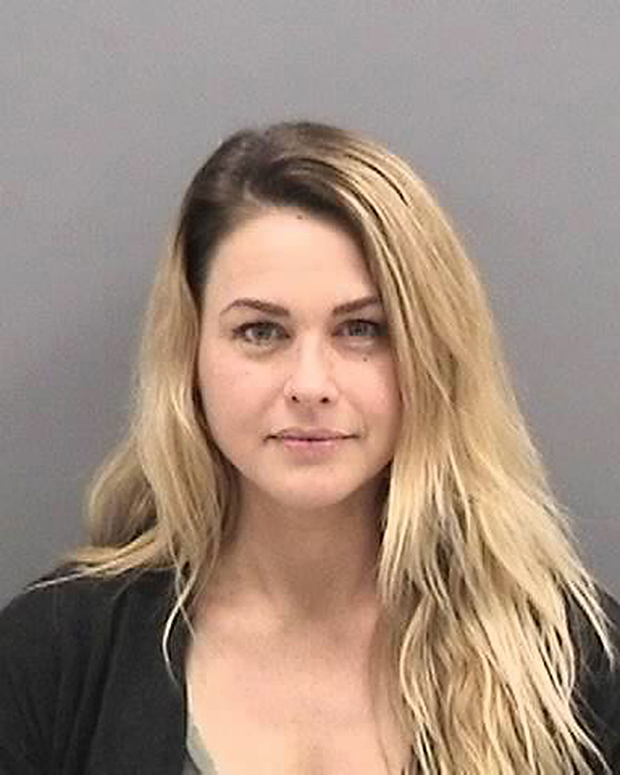 “However, prior to that, we spent almost every day with each other for six to seven months straight. I went to every doctor’s appointment, accompanied her for travel, moved furniture and did all the things that two caring adults do with and for each other. … I was finally able to reach her a few days before [her] due date. I found out she was being induced through Instagram, and shortly thereafter received an email,” he told the publication.