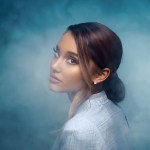 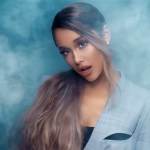 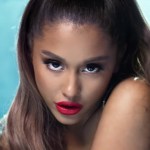 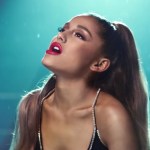 Fresh off the heels of her chart-topping single “Thank U, Next,” Ariana Grande, 25, released the music video for her track “Breathin.” The song, which was featured on her album Sweetener, is both heartbreaking and honest, and the video is no different. In the video, Ari is seen walking through a train station alone, while dozens of people run around her. At one point, she makes time stand still, and all focus is on her, as she belts out the powerful lyrics. She then takes to the sky, and literally swings through the clouds, as she sun starts to shine through.

Before “Breathin” received the visual treatment, fans were already moved by the lyrics. The song provides an insightful look at Ariana’s mental state, after what some would call a hard year. “Some days, things just take way too much of my energy / I look up and the whole room’s spinning / You take my cares away / I get so overcomplicate, people tell me to medicate,” she croons in the lyrics. As if that wasn’t enough to bring you to tears – Ari also placed a hidden message to her Grandpa Grande within the song. If you listen to the beginning of “Breathin,” backwards, you will hear him saying “Tonight’s your special night, do something magical.”

The video comes four days after Ari’s release of “Thank U, Next,” which served as an ode to all of her exes. In addition to Big Sean, and the late Mac Miller, Ariana made mention of her ex Pete Davidson. The song was by no means a diss track though – no, Ariana used the track as a platform to thank her exes, for all that they taught her. Ugh, if only we could all handle breakups with the grace of Ariana!

For those wanting to hear Ariana’s new songs live, you’re in luck. The pop star just announced she will be hitting the road this spring, and she’s taking some friends with her. The opening acts on the North America Sweetener Tour dates will be Normani and Social House. In the meantime, be sure to watch Ariana’s brand new music video for “Breathin” above!