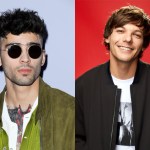 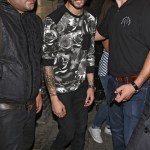 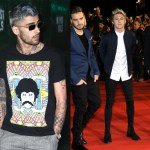 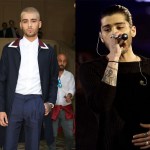 In a new interview with British Vogue, Zayn Malik told us how he really feels about his former 1D bandmates. So – does he regret his time in the boy band? Find out here!

After Zayn Malik, 25, made some shocking statements about how he has cut all ties with her former bandmates, HollywoodLife has EXCLUSIVELY learned why One Direction wasn’t an ideal situation for Zayn. “Zayn doesn’t look back at his time in One Direction with a whole lot of fondness, even though it launched his career and it’s responsible for getting him where he is now,” a source close to the singer told us. “It was a really difficult time for him, and he never really felt like he bonded with the other guys, he always felt like an outsider, and with all that traveling and being away from home so much he felt really alone a lot of the time.

1D Fans now know that these days, Zayn is full steam ahead with his solo career! “When he left the band to do his own thing, Zayn felt a lot of resentment from the other guys, and it definitely wasn’t the friendliest of partings, which isn’t all that surprising given their relationship pre-split. It was a huge relief to Zayn to be on his own and to finally be free to do his own thing. He doesn’t regret being in 1D, it made him the man he is today, but there’s definitely no way he will ever be joining the others for any reunion shows in the future…that’s just never going to be in the cards.” HollywoodLife has reached out to Zayn’s rep for comment.

It was on Nov. 6 that British Vogue released the eye-opening interview with Zayn, detailing his rocky relationship with his bandmates, Harry Styles, 24, Louis Tomlinson, 26, Niall Horan, 25, and Liam Payne, 25. “I ain’t spoke to any of them for a long time, to be honest with you,” he said in the December issue of the glossy mag. “That’s just the way it is. There’s things that happen and things that were said after I left. Snide things. Small things that I would never have expected,” he said. “I have always been a bit like that, though – always a bit of an island,” he admitted. “I don’t like to confer with too many people.”