“Hey guys. Almost at LACMA,” Kim Kardashian, 38, tweeted on Nov. 3, as she and Kourtney Kardashian, 39, headed to the LACMA Art and Film Gala. While both sisters looked great in vintage Gucci dresses – the fashion line sponsored the event, per Footwear News – fans were more taken by Kim’s accessory. Kim’s purse – with its small black shape, and tangled mess of cords hanging off of it – bore a striking resemblance to a laptop charger, and fans couldn’t help point that out. “Kim pls return my laptop charger ASAP…” @Lemaldivian01 tweeted. “Give me back my laptop charger Kim…come on!!!!” added @M_hiral

“Even Kim Kardashian is using a recycled laptop charger as purse – global warming is real!” @AliMehedi tweeted, while @melanieee0x_ added, “Not for nothing but people don’t know how to leave Kim Kardashian alone & honestly it’s the funniest thing ever. Her purse really does look like a laptop charger.” Some people thought that the accessory was a dead-ringer for a charger to a 2006 Toshiba laptop. Perhaps for the spring, Kim will switch to a MacBook’s power source? Even though black goes with everything, she has to change it up each season, right?

Or, she’ll just continue to rock Gucci. With the brand sponsoring the 2018 LACMA Art and Film Gala, and both Kim and Kourt dressed in Gucci, some fans were befuddled that more people weren’t putting 2 and 2 together. “I can’t believe I live in a world that people mistake a Gucci purse for a laptop charger. For shame,” @cutthestatic tweeted. So, there’s that. Mystery solved. Kim wasn’t coming from Best Buy — she was just staying on brand for the night. 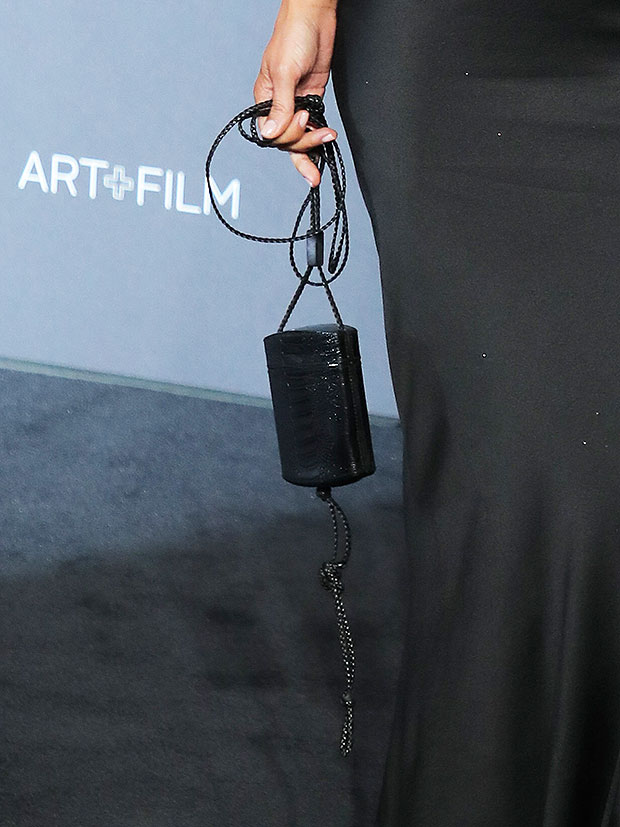 The 2018 event honored photographer Catherine Opie and The Shape Of Water director Guillermo del Toro. Leonardo DiCaprio and Eva Chow co-chaired the event, which was Leo’s eighth consecutive year in charge. Other celebs attending the event included Dakota Johnson, Paris Jackson, Salma Hayek, and Jared Leto. No word if they brought any HP, Dell or Lenovo products as accessories.