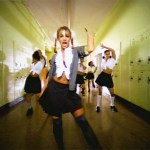 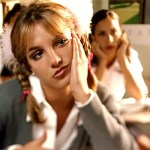 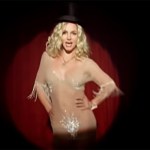 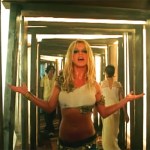 Finally! Britney Spears is gearing up for her residency at Park MGM, but before that, the Princess of Pop is looking to release new music!

What did we do to deserve this? Not only is Britney Spears, 36, embarking on another Las Vegas residency, but she’s preparing new music for her fans as well! A source close to Britney EXCLUSIVELY told HollywoodLife about Brit’s big plans. “Britney is working on music, and she is looking to have a single released before her residency starts in Vegas, and then have an album or album announcement come soon there after,” the source revealed. “She is looking to work on a song with the likes of Cardi B, Maroon 5 and many more, because she wants this album to be one of her best ever,” they also said. The Britney Army ain’t ready for this!

Britney is planning on building hype around her new music in the best way. “Along with having her work with Maroon 5 on a single, she is trying to get in to make an appearance during their Super Bowl Halftime show so everybody is talking about her and her upcoming projects,” the source continued. “2019 is going to be a big year for Brit, and she wants to make a really big splash with new music and huge appearances.” HollywoodLife has reached out to Britney’s rep for comment.

The princess of pop officially announced her latest residency, Domination, on Oct 18, via Ellen Degeneres‘ YouTube channel. The series of shows kicks off on February 13th, 2019, and will be held at the Park MGM Las Vegas. Those wanting to catch what will surely be a dazzling stage show should act fast! Tickets are already on sale.

Brit is already brushing up on her moves for her forthcoming residency, and she’s making sure her dancers are prepared too. In a Nov. 5 Instagram video, Britney was seen whipping her dancers into performance-ready shape, during an intense audition. After counting them in, Britney and her crew delivered a short energy-packed routine. “Teachin’ the new boys some new moves at auditions,” she said with a wink face emoji.