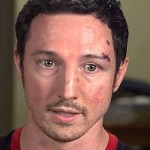 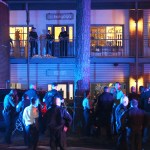 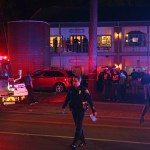 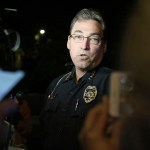 Two women tragically lost their lives when a gunman opened fire at a Florida yoga studio, but had a heroic yoga student not attacked the shooter, so many more lives could have been lost!

Two women were shot dead and six more were injured when Scott Paul Beierle, 40, began shooting inside Hot Yoga Tallahassee studio on the evening of Nov. 2. The body count may have been higher had Joshua Quick, a yoga student, hadn’t stepped in. “The only thing that was there that I could think of [to use to hit him] was this vacuum with the heavy end,” Joshua told ABC’s Good Morning America on Sunday, Nov. 4.

“The gun stopped firing. I don’t know if it jammed or what. So, I used that opportunity to hit him over the head with it,” Joshua said. He grabbed the gun from Scott, who wrestled the firearm away from the yoga student, before pistol-whipping him. “ I jumped up as quickly as I could,” Joshua said, “ran back over and next thing you know, I’m grabbing a broom, anything I can. And I hit him again.” This confrontation created an opportunity for some in the studio to flee, including Daniela Garcia Albalat. “Thanks to him I was able to rush out the door,” she told GMA. “I want to thank that guy from the bottom of my heart because he saved my life.”

Sadly, Dr. Nancy Van Vessem, 61, an internist and chief medical officer for Capital Health plan and Maura Binkley, 21, a Florida State University were both killed in the attack. Dr. Van Vessem was also a faculty member at FSU. Scott Paul Beierle turned the gun on himself and was reportedly dead by the time the Tallahassee Police arrived.

It’s unclear why he carried out the attack. Scott didn’t live in Tallahassee, but was familiar with the area, having graduated from FSU. Police, per CNN, say that he had been “the subject of prior calls for service in the Tallahassee area related to harassment of young women.” FSU campus police records show that Beierle was arrested in 2012 on a battery charge and in 2014 on a trespassing charge. Tallahassee police arrested him on 2016, again for battery.

He allegedly made misogynistic and racist rants online. He appeared to post a series of YouTube videos in 2014 where he called women “whores” for dating black men, per CBS. He was reportedly sympathetic towards Elliot Rodger, the shooter who killed six people and wounded 14 others in 2014 near the University of California, Santa Barbara. Elliot’s manifesto blamed the “cruelness of women” and vented frustration over his virginity, making him a patron saint of the “incel” movement (a collection of mostly men who feel they’re denied sex because they’re unattractive or awkward.)