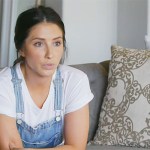 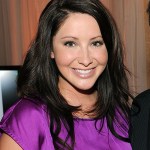 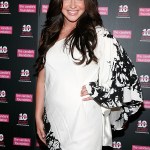 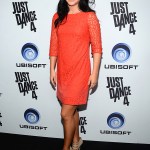 Bristol Palin faces a scary situation in the Nov. 5 episode of ‘Teen Mom OG,’ as she reveals that a man she says has been stalking her family broke into her ex’s home.

Bristol Palin, 28, is terrified in an upcoming episode of Teen Mom OG after she finds out that a man has “broken into” the home of her ex-husband Dakota Meyer, 30. In a sneak peek of the Nov. 5 episode, the mom-of-three tells her sister Piper Palin that a man she claims has been stalking her family took things a step further and allegedly broke into the Iraq War vet’s home.

In the episode – which was filmed in August 2018 – Bristol has a FaceTime chat with her 17-year-old sister, giving Piper a tour of the home she has moved into since she split from her then estranged husband. “So last night was my first night in the house, and I got a text message pretty late from Dakota saying that his house had got broken into,” she says in a sneak peek obtained by PEOPLE. After clarifying that it was Dakota’s home in Kentucky, not Texas, Bristol tells her sister, “I swear to God, it was the stalker.” When Piper asks her if she’s sure, the reality TV star says, “For sure. He has it on camera.” She adds, “I get maybe four hours of sleep as it is because I’ve had this constant threat for 10 years.” Bristol later adds that the whole situation is “super scary.”

In another clip Bristol reveals during a FaceTime chat with Dakota that the suspect has allegedly been stalking her family for a decade, ever since her mom former Alaska Governor Sarah Palin was Sen. John McCain’s presidential running mate in the 2008 election. “I’m sorry that this is happening,” she tells Dakota in the clip obtained by Page Six. “I know that this guy’s been a stalker of my family for like 10 years and I just feel awful that he broke into your home.” But, unfortunately, their conversation descends into an argument as they discuss the safety of their children. Bristol has three kids – two with Dakota (daughters Sailor, 2, and Atlee, 1 – and son Tripp, 9, with her ex Levi Johnston).

To find out how Dakota and Bristol ultimately deal with this issue check our Teen Mom OG recap later. Stay tuned.