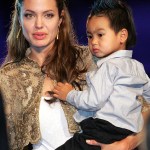 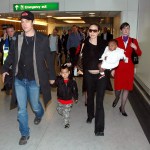 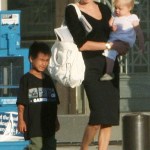 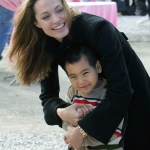 The first of Angelina Jolie’s six children is about to leave the nest. We’ve got details on how she’s got mixed feelings about son Maddox going away to college in Asia.

Where has the time gone? Angelina Jolie adopted son Maddox from a Cambodian orphanage in 2002 when he was just seven-months-old. Now he’s 17 and the mother and son are touring colleges for him to attend in 2019. The pair checked out a local university in Seoul, South Korea on Nov. 3 and the Oscar-winning actress is having mixed emotions about her eldest child moving so far away. “It’s a bittersweet time for Angelina right now. She’s so proud of Maddox becoming this independent and smart young man who’s going off to make his mark on the world, but at the same time she is going to miss him so much,” a source close to Angelina, 43, tells HollywoodLife.com EXCLUSIVELY.

“It seems like only yesterday that she brought home this tiny little boy, and now he’s all grown up and leaving her. Of course, Angelina knew it was only a matter of time. But it seems to have all happened so quickly, and she can’t help wishing she had just a couple of more years with Maddox before he went off to do his own thing,” our insider continues.

“Maddox always knew that he wanted to study in Asia so that was never at question, and it’s one of the reasons Angelina is so in awe of him, because he already knows his own mind and exactly what he wants, even though he’s only 17. At the end of the day, Angelina knows it’s testament to what a great job she’s done in raising Maddox, but that still doesn’t make it any easier when it comes to saying goodbye and letting him go. Because no matter how old he is he will always be her little boy,” our source adds.

Maddox has been studying Korean and is interested in attending college in South Korea. This marked the mother and son’s first visit to a university in the country and ever the multi-tasker, Angie manage to squeeze in work for the U.N while she was there. She was on an official visit as the United Nations High Commissioner for Refugee (UNHCR) Special Envoy, meeting with the country’s Justice Minister and thanked the nation for hosing Yemeni refugees.