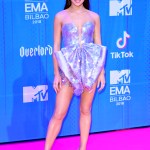 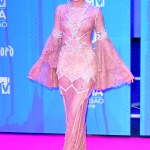 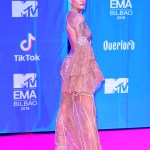 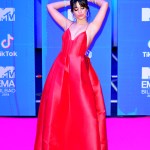 The stars went all out at the MTV Europe Music Awards on November 4! Ashlee Simpson and Evan Ross coordinated together in matching black and silver looks, while Little Mix stunned in black, white and pink outfits! See the best looks on the red carpet!

It’s a big night for fashion at the 2018 MTV Europe Music Awards in Spain! Ashlee Simpson, Little Mix, Lindsay Lohan and more stars heated things up on the red carpet in style and we have all of the best photos. Ashley opted for an up-do with a black dress, while Lindsay wore a strapless, frilled metallic dress. Little Mix stepped out in completely different looks that went together so well. — See the best dressed stars in our attached gallery!

Little Mix, who are nominated for both Best UK & Ireland Act, set the red carpet on fire with their sultry looks. Jesy went for bright pink, plunging pants suit with bold cutouts. Meanwhile Perrie wore a strapless, pinstripe black buster top with a sky-high ponytail. Leigh-Anne wore a cleavage-baring black mini dress with with sun designs and different patterns. Jade had the most revealing look out of the group as she suffered a malfunction of sorts… unless she intentionally exposed her nipples in a black sheer bodysuit!

A batch of your favorite national and international artists could be going on with another trophy to add to their collection. Camila Cabello leads her fellow artists with six nominations, including “Best Song” and “Best Artist.” Ariana Grande and Post Malone also nabbed five noms each. Other artists who also received nods include Drake, Shawn Mendes, Dua Lipa and Hayley Kiyoko. 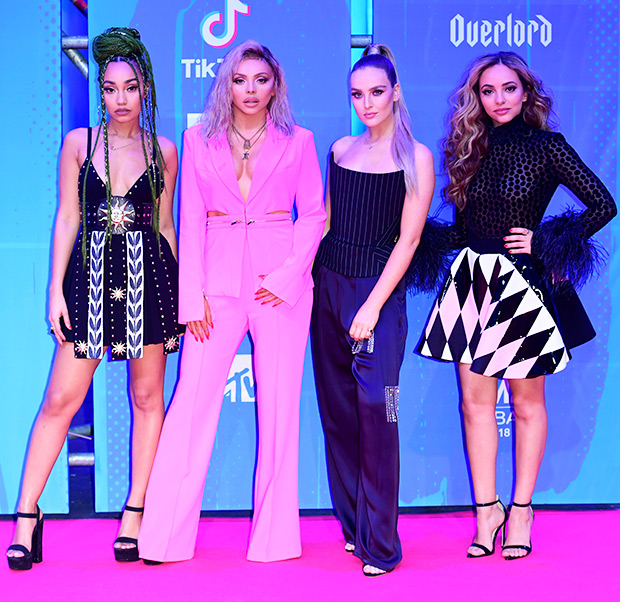 Little Mix on the red carpet at the 2018 Europe Music awards at the Bilbao Exhibition Centre on Sunday, November 4, 2018.

And, the list of presenters for this year’s show is star-studded to say the least. Lindsay Lohan, Anitta, Debby Ryan, Ashlee Simpson and Evan Ross, and Netflix stars Michael Peña and Diego Luna will introduce the night’s awards.

You can stream the 2018 MTV EMAs online by following the show on Instagram, Twitter, Snapchat and Facebook (@MTVEMA). And, keep checking back at HollywoodLife.com for the latest updates on the show’s best moments, performances and fashion!