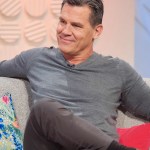 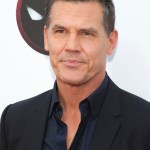 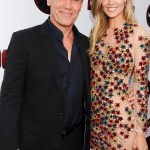 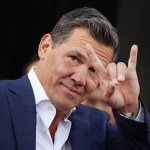 And just like that, Kathryn is a mom! The model gave birth to a baby girl, and we’ve got all of the details on her and Josh’s newborn. Let the parenting begin!

Have you heard? Josh Brolin, 50, and Kathryn Boyd, 30, are starting an exciting new journey together — parenthood! The Deadpool 2 actor, who tied the knot with the model — and his former assistant — in 2016, announced that they were expecting a baby girl in May. Now their little one is officially here, and her name is Westlyn Reign Brolin. She was born on Nov. 4, and we couldn’t be happier for Josh and Kathryn. Although this was Kathryn’s first time giving birth, her baby girl does have two grown half-siblings from Josh’s marriage to ex-wife Alice Adair, Trevor and Eden. But while the actor does already have experience in growing a family, he and his model wife still seem equally excited over this big news. It has been decades since Josh’s first two were born, after all! Check out the sweet video Josh shared of Westlyn below!

In fact, he was very vocal on social media about how pumped he was for their “cowgirl bean” to arrive long before her birth. When he posted a pic of him and Kathryn kissing and holding up baby clothes, Josh captioned the sweet shot, “Couldn’t be more over the moon. Couldn’t feel the miracle of this more right now (but probably will).” He even started two hashtags, #babybean and #jbkbstucktogether. Aw! We loved that the actor was already so in love with his little one — and with his wife! When he wasn’t going on about how excited he was for their baby, he was praising Kathryn.

He posted a funny video of her dancing in a bikini, showing off her beautiful baby bump, and called her his “muse, goddess, and core inspiration.”

Dearest Ladies and Gentlemen, I would like to introduce our little girl Westlyn Reign Brolin (Bean). Mama Kathryn was stellar during this miracle birth and Bean is a flawless gem through and through. We are blessed to the core and appreciate so much the love and support during this pregnancy from ALL who have partaken in our journey, directly and/or indirectly. ❤️❤️🍼🏋🏻‍♀️🍀 #beanlove #dogtown @kathrynbrolin

Not the kind of sweetness you’d expect from someone who plays the villain in superhero movies, right? Looks like there’s more to this husband and father of three than meets the eye. Congrats!