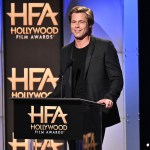 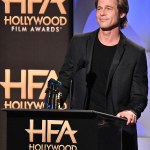 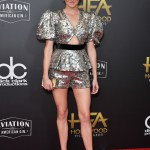 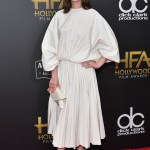 The 2018 Hollywood Film Awards have officially arrived! Check out all of the star-studded arrivals on the red carpet here!

We’ve come to it at last — the 2018 Hollywood Film Awards. One of the first ceremonies of awards show season, so many stars arrived dressed to the nines on the red carpet. For instance, Shailene Woodley showed up in a gorgeous metallic ensemble with a cutout in the middle. Speaking of metallic outfits, Awkwafina also showed in a beautiful gold and black dress. But they weren’t the only ones who slayed with their gowns and dresses. Another standout was Constance Wu, who wowed in an elegant red dress. Check out all of the red carpet pics in our gallery above!

When it comes to this year’s awards show, it’ll tough to be last year’s ceremony. Who could forget the now-viral moment when Allison Janney and Kate Winslet kissed onstage last year? While giving an acceptance speech at the Hollywood Film Awards, Kate gushed over Allison, saying,  “I know I don’t really know you but I know I just want to be you. I do, or just stroke you or something. I mean, we could always kiss, maybe? Maybe?” After that, Allison made her way onto the stage and planted a huge smooch right on Kate’s lips.

Another stand-out was Angelina Jolie‘s appearance on last year’s red carpet. Seriously, she was beyond stunning. The actress stunned in a glamorous silver dress, which she paired with stylish Tiffany & Co. accessories. We’ll keep you posted with all of the latest news surrounding the Hollywood Film Awards.