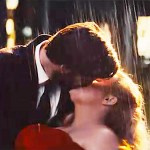 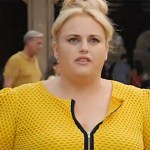 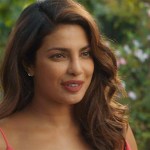 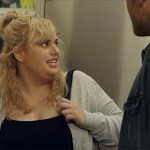 Rebel Wilson got called out on Twitter for claiming she’s the first plus-sized woman to be a rom-com lead, and fans of Queen Latifah, Mo’Nique, and more ladies aren’t having it. See their reactions here!

Rebel Wilson is the first plus-size woman to lead a romantic comedy? Nope! The actress was excited to talk about her new film Isn’t It Romantic on Ellen, proudly declaring that she’s the “first ever plus-size girl” to star in a rom-com. While it’s awesome that she’s the star of this movie (and gets to make out with Liam Hemsworth), there’s actually a few plus-size women who have come before her. And their fans want Rebel to take a seat and listen.

“Queen Latifah begs to differ,” @kohkohbxtchzz tweeted in response to Rebel’s interview. The queen has starred in two popular romantic comedies, Just Wright and The Last Holiday. Then @florababe_ emphasized the importance of The Last Holiday by tweeting, “Rebel Wilson saying she’s the first plus sized girl in a rom-com like this iconic gem doesn’t exist.” It’s not as if these are low budget, obscure films!

Unfortunately, she made things worse by doubling down on Twitter, rather than just admitting her mistake and moving on. “Yeah I of course know of these movies but it was questionable as to whether: 1. Technically those actresses were plus size when filming those movies or 2. Technically those films are categorized/billed as a studio rom-com with a sole lead. So there’s a slight grey area”. What is she even talking about?? These actresses were definitely plus-sized, and they definitely led their movies. This did not go over well.

“I’d also like to know what you mean by ‘gray area’ on whether these movies w/ Black female leads can be truly categorized as rom coms because I don’t think you understand how that sounds. What about you and your rom com would be different (I reckon nothing, but I digress)?” @IWriteAllDay_ tweeted. “Girl what??!!! Who was ever questioning whether these women were plus-sized??? And that second part? I can’t. Why not just say you misspoke and shouldn’t have erased Black women in your revisionist film history? Or just say sorry. It’s not that damn hard,” wrote @kelleent. Well put. Rebel, thus far, hasn’t issued an apology.