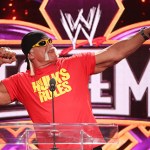 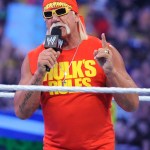 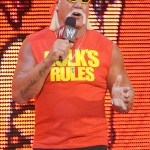 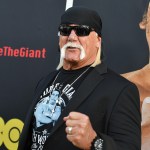 Hulkamania is back and…not everyone is happy. Hulk Hogan, three years after being fired for making racist comments, returned to the WWE at ‘Crown Jewel’ and some fans were furious at seeing him in the ring.

Three years after he was fired by the WWE and kicked out of the Hall of Fame over his racist comments, Hulk Hogan — a man synonymous with professional wrestling — returned to the company that made him famous. And, to be honest, he couldn’t have picked a worse event to start his comeback. Hulk, 65, returned to the WWE on Nov. 2, kicking off the company’s Crown Jewel event in Riyadh, Saudi Arabia. “You know something maniacs? It feels so good to be out here in front of the whole WWE Universe and be out here with all my stark-ravin’ Hulkamaniacs, brother,” Hulk said during an in-ring promo at the start of the show.

Hulkamania might be running strong in Saudi Arabia, but online, some fans were livid that Hogan was back in the company. “WWE brings out Hulk Hogan for the first time since his racist rant came out to host the show in Saudi Arabia after the murder of a journalist where the crowd cheers the theme song blaring “I AM A REAL AMERICAN FIGHT FOR THE RIGHTS OF EVERY MAN” tweeted @Tiddles747. “What the f*ck is happening” “The irony of Hulk Hogan’s Real American theme blaring to open WWE #CrownJewel in Saudi Arabia is… somewhere between hilarious and appalling,” Alex Hooper added.

For those who forgot, Hogan was booted from the WWE in 2015 after the National Enquirer and Radar Online published the racist comments he made during his controversial sex tape. “So it gets to the point where…I dunno if (daughter) Brooke was f—–g the black guy’s son, or they’ve been hanging out. I caught them holding hands together on the tour,” Hogan said, according to Sports Illustrated. “They were getting close to kind of (INAUDIBLE) the f—–g (INAUDIBLE). I’m not a double-standard type of guy. I’m a racist to a point, y’know, f—–g n—–s — but then, when it comes to nice people…”

Well let me tell you something, BROTHER….@HulkHogan is in the house, and he's hosting #WWECrownJewel! pic.twitter.com/XRSEbW7eRc

Wwe really got hulk Hogan to be the host of crown jewel…. pic.twitter.com/qrf7Ksjnz8

In addition to getting fired, Hogan was scrubbed from the company’s website and removed from the Hall of Fame. Yet, in July 2018, he was reinstated into the HoF, signaling that the WWE was ready to welcome him back with open arms. Perhaps they should have waited. As if Hulk’s return wasn’t going to be controversial enough, he came back at Crown Jewel – in Saudi Arabia. In the wake of journalist Jamal Khashoggi’s killing at the Saudi Arabian consulate in Turkey on Oct. 2, many called for the WWE to cancel Crown Jewel. John Cena and Daniel Bryan, two of the company’s biggest Superstars, reportedly refused to participate in the event. Yet, not only did the show go on, but it also began with Hulk Hogan in the middle of the ring.