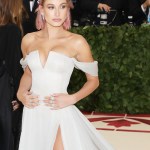 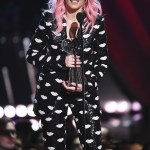 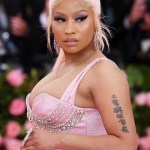 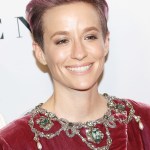 Cardi B looks gorgeous in her ‘Mi Mami’ video with El Alfa, but – her pastel hair is oddly reminiscent of Nicki Minaj’s signature pink locks.

Oh, mami! Cardi B, 26, released her new music video for “Mi Mami” with El Alfa on Nov. 2 and it is a colorful dance party you have to see! But – with bubble gum pink hair, the rapper looks uncannily similar to her archenemy Nicki Minaj! Was she throwing some subtle shade Nicki’s way? In the video, Cardi is dressed scantily clad, in satin lingerie, and she sexily sprawls out on a couch, before dancing to the track with her co-star. It’s her pastel pink locks that take center stage though, and we’re not going to lie – she is giving off some major Nicki vibes here.

It’s surprising to see Cardi channel Nicki in any way. The heated drama between both female rappers is far from cooling down, and in fact, has only gotten messier. On Oct. 29, Cardi accused Nicki of lying about key details of their fashion week feud, and went OFF on the rapper via Instagram. “This is the thing, Nicki Minaj. How you say I got ragged by Rah Ali when there is so many footages of that night, every single angle, and where am I getting ragged at?” Cardi asked in one she posted. “Why would I be sitting in line here like, ‘Oh yeah, I did this, I did that,’ knowing that the next day there was going to be so much footages of that same night.”

Of course, the internet had some things to say about Cardi’s look in the video, but her dedicated fans defended her! “Lmfao it’s so lit watch haters say she tryna be like Nicki in FEFE LMFAO,” one fan Tweeted after watching the video. Once the Barbz catch wind of this video though, they aren’t going to be happy.

Watch the video above and see for yourself! Cardi may not have meant to steal Nicki’s swag, but there’s no denying she looks insanely similar to her here!