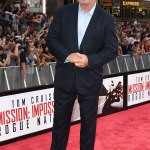 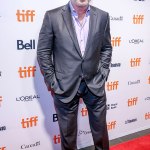 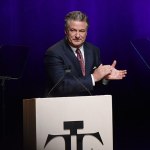 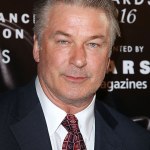 Countdown to Donald Trump tweeting about this: Alec Baldwin was arrested in New York City after allegedly punching a man over a parking spot!

Update: Alex has been officially charged with misdemeanor assault and harassment, per the Associated Press. He’s been ordered to appear in court on Nov. 26. Police say Alec claimed he had a family member holding the parking spot when a 49-year-old man driving a station wagon pulled up and took it. The two, according to officials, were arguing and pushing each other before Alec allegedly punched the other man. He later took to Twitter to address the situation. See his tweets below.

Original: Sure, driving in Manhattan is aggravating, but this is ridiculous, Alec Baldwin. The 60-year-old actor was arrested in New York City on Nov. 2, per TMZ, after getting into a spat with a fellow motorist over a parking spot. Alec an unnamed man got “verbal altercation” over a spot near 10th street and 5th avenue. This unnamed motorist, law enforcement sources tell TMZ, “swooped in” on a spot that Alec was “apparently planning to take for himself.” That infuriating move left Alec seeing red, and he then confronted the driver over it.

Alec and this driver reportedly got into it over this parking spot snatching, and it supposedly got so heated that Alec allegedly “punched the guy.” A witness told TMZ that Alec said, “F*ck off” during the scuffle. Being that you can’t (allegedly) punch a guy over a parking spot, no matter how badly you wanted it, the cops were then called. Alec was then busted by the boys in blue.

1- Normally, I would not comment on something as egregiously misstated as today’s story.
However, the assertion that I punched anyone over a parking spot is false.
I wanted to go on the record stating as much.
I realize that it has become a sport to tag people w as many negative

2- negative charges and defaming allegations as possible for the purposes of clickbait entertainment.

Fortunately, no matter how reverberating the echos, it doesn’t make the statements true.

“Alec Baldwin was arrested for assault,” the NYPD tells HollywoodLife.com in a statement. “It’s a verbal dispute that turned physical. The victim is approximately 40-years-old and was taken to Lenox Hill hospital. Alec is going to be charged, but he has not been processed yet.” Alec was arrested for misdemeanor assault and was taken to the NYPD’s 6th Precinct station house in Greenwich Village to be processed, cops told Page Six.

So, how long will it be before President Donald Trump, 73, tweets something spiteful about this arrest? Will Saturday Night Live make a joke about it the next time Alec portrays the Commander In Chief? This isn’t the first time Alec has had a run-in with the law. In 2014, he was arrested for disorderly conduct after going on a profanity-laced tirade after police stopped him from riding his bike down the wrong way on a one-way street. He was also acquitted over a batter case involving a photographer in the 1990s, according to NBC News.

HollywoodLife.com has reached out for a comment. We’ll update this post with any new details and/if we hear back.