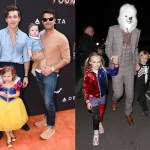 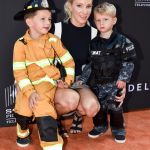 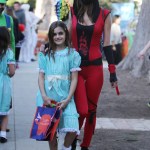 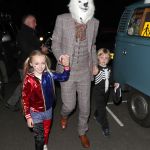 Oops, they did it again! NPH and his family come out on top every Halloween, but the ghost costumes they debuted this year might be their best. See which Disneyland ride inspired their spooky theme!

Another year, another incredible family costume brought to us by Neil Patrick Harris, 45, and his brood! The actor and his husband David Burtka, 43, dressed up with their twins Harper and Gideon, 8, as ghosts this year — but not just any ghosts. They modeled their spooky outfits after four spirits from Disneyland’s Haunted Mansion ride and absolutely nailed it! Just when we thought 2018 couldn’t possibly top this fun family’s previous themes, NPH and his family had a graveyard photo shoot. While his daughter was in a wedding dress, along with a bloody ax and red eyes, his son wore a long wig and huge mustache while clutching the ball and chain wrapped around his ankle. Neil and David looked were just as spooky in suits.

David debuted the family photo, writing, “Welcome, foolish mortals. We hope your Halloween is happily haunted, but heed this warning: beware of Hitchhiking Ghosts.” Anyone who has been on the iconic ride at either Disneyland or Walt Disney World will recognize these words, as well as these spirits! The Hitchhiking Ghosts pop up in a mirror at the end of the ride, appearing to sit between anyone brave enough to take on the Haunted Mansion. And as riders are exiting, the bride, Constance Hathaway, appears as one last ghost. We don’t know how Neil and his family come up with such knockout costumes year after year, but they sure nailed this one!

We aren’t surprised, though. Their 2017 costume was impressive, as well! Who could forget how they dressed four characters from the Freak Show season of American Horror Story? Harper made an adorable bearded lady.

Other family costumes of theirs have included characters from Peter Pan, The Wizard of Oz, Batman and Star Wars. We already can’t wait to see what they come up with next year!