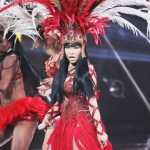 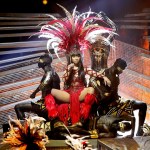 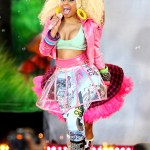 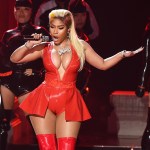 They haven’t always seen eye-to-eye, but that didn’t stop Iggy Azalea from standing up for Nicki Minaj in the rapper’s newest feud with Steve Madden!

Iggy Azalea found herself inserted into the middle of Nicki Minaj and Steve Madden’s feud on Oct. 30, and she took to Twitter to side with Nicki in the pair’s war of words. In a now-deleted tweet, Iggy retweeted one of Nicki’s messages that referenced her issues with Steve and confirmed, “This is facts.” It seems Iggy eventually realized she didn’t want to be in the middle of this any longer, because she deleted the message, then wrote, “I’m getting offline cause the simulations glitching & this s***bout to explode. See everyone next week – be safe!”

The drama here all started when Nicki claimed that she had turned down a deal with Steve before he teamed up with her nemesis, Cardi B, and he took to Twitter to label her as a liar. “You can’t turn down an offer that was never made,” Steve tweeted. Luckily, Nicki’s pal, 50 Cent, was there with evidence to back Nicki up — he re-posted an excerpt from Steve’s 2015 interview with Vibe magazine, where the potential collaboration was referenced. “[Nicki and I] were thinking of doing something, and I would’ve, but I was with Iggy and I thought, ‘Coke and Pepsi,'” he said at the time. “It was a mistake. I made a mistake and I wish I could go back in time and work with Nicki instead of Iggy.”

Nicki re-posted the interview on Twitter herself and went on to slam Steve again. “Thought I was lying you dumb f***,” she wrote. “You, Irv & Gee Roberson came to my house in MALIBU BEGGING me to do the deal. I said no. You then did a deal w/Iggy & she hated the pics you used & went in on you online.” This is the message that Iggy responded to, confirming Nicki was spilling “facts.” She also added in another now-deleted message, “I’m not on no one side but Steve lying like s***.”

Nicki took to her own page to thank Iggy for stepping in and confirming her story. “Thank you for confirming the truth about hoe n***a Steve Madden,” she gushed. “Ya see when ya do clownery? The clown comes back to bite!”