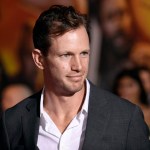 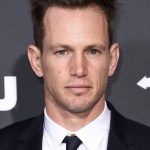 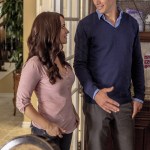 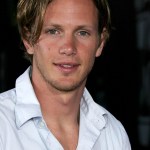 This is disturbing. A situation on set that ‘Runaways’ star Kip Pardue ‘misread’ has turned into a nightmare for actress Sarah Scott. Read both sides of their story, here.

While the #MeToo movement brought to light many sexual misconduct stories from the past, this one happened in the middle of the revolution. Understandably, actress Sarah Scott, 35, was shocked when her co-star Kip Pardue, 43, put her hand on his groin right before filming a post-coital scene on May 16, according to Sarah’s account to The New York Times. After shooting the scene, which would be in an independent television pilot for Mogulettes, he called her into his dressing room and masturbated in front of her. Kip, who plays the lead role of Frank Dean on Marvel’s television series Runaways, tried to use #MeToo as an excuse.

“I literally froze. I said, ‘What are you doing?’” she told the newspaper, which published her story on Oct. 28. The actress then claimed that Kip justified making a move by saying it “isn’t a #MeToo thing,” and added, “I’m not your employer. It’s not like I can fire you.” She ran away, but later bumped into him and demanded to know why he masturbated in front of her, she told the outlet. His reason? She was “just so hot.” Obviously unsatisfied with that answer, Sarah went on to share her story with her husband, the Mogulettes’ director Dave Fraunces and producer Mandy Henderson, the Screen Actors Guild, the Time’s Up Legal Defense Fund, and the Hermosa Beach Police Department (she filed a report) over the span of five months.

The Mogulettes’ director recalled the situation, saying, “Sarah asked to speak with [us] the moment she got on set. I did not suspect anything like that had occurred until Sarah mentioned it to me. I was shocked.” Meanwhile, executive producer Bennett Talsky spoke to both of the co-stars, and pointed out that Kip “danced around the whole thing and never admitted to it.” And Bennett even admitted that he thinks the actor knew he did something wrong. “He was trying to justify it, saying they had really good chemistry and he got carried away,” Bennett continued. “It didn’t get anywhere, and I didn’t really confront him — I was just trying to feel him out and see if he felt like he had screwed up.”

Responding to the situation, Kip released a statement through his representative to the newspaper. “I clearly misread the situation during a sex scene on set and have apologized to Sarah,” it read. “I never intended to offend her in any way and deeply regret my actions and have learned from my behavior.” However, he did not directly comment on the dressing room allegation. As for what consequences Kip will face, Runaways is still set to stream on Dec. 21. Marvel and Hulu have not issued a comment on Kip’s future with the show, our sister website Deadline has reported.