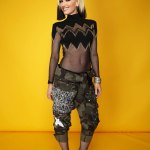 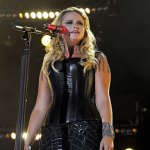 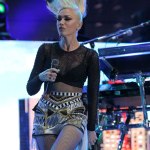 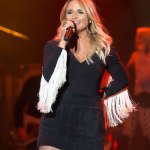 After Miranda Lambert released a song that seemingly alludes to her Blake Shelton divorce, HollywoodLife EXCLUSIVELY learned what Gwen Stefani thinks of the track.

If you think that Gwen Stefani, 49, is salty over Miranda Lambert’s new track, which seemingly alludes to Blake Shelton,  think again. Gwen is completely chill after hearing the track, and knows she has nothing to worry about with Blake! “Gwen is not concerned whatsoever if Miranda’s new song is, or is not, about Blake. Gwen knows that Blake has so far moved on from the relationship with Miranda, and isn’t threatened one bit,” a source close to the singer told HollywoodLife EXCLUSIVELY. “It’s been several years since they broke up, and Gwen understands what it’s like to move on after a divorce. Gwen never played the scorned ex-lover, and hopes that Miranda’s not trying to play that card either,” the source added.

For those who have yet to listen to the track, it holds some pretty eye-opening lyrics. “It takes judge to get married//takes a judge to get divorced//Well the last couple years, spent a lotta time in court//Got my name changed back,” Miranda sings, making what seems to be reference to the divorce with her former lover. “Although it seems obvious the song is about Blake, Gwen doesn’t know for sure, but she hopes Miranda is not holding onto the past,” the source continued. “Gwen would love to see Miranda find true love so she could focus on her own life, and move forward in a positive direction.” HollywoodLife has reached out to a rep of Gwen’s for comment.

As we previously reported, Blake also has some feelings about the new track, but they’re not what you may think! He actually enjoys the track, HL learned. “Blake has listened to ‘Got My Name Changed Back’ and he actually likes it, he thinks it’s really catchy and a good old fashioned country tune,” a source close to Blake shared.

Perhaps we shouldn’t be surprised that the two former The Voice co-stars have nothing bad to say about the track. The pair have clearly moved on, and are only concerned with their own relationship these days! The famous couple are 100% smitten. Just look at how head-over-heels in love they looked earlier this month, as they got their Halloween celebrations started early on Oct. 19. Both stars shared a sweet smooch while dressed in their unbelievably perfect Halloween costumes, and it was the best way to get the spooky holiday started!